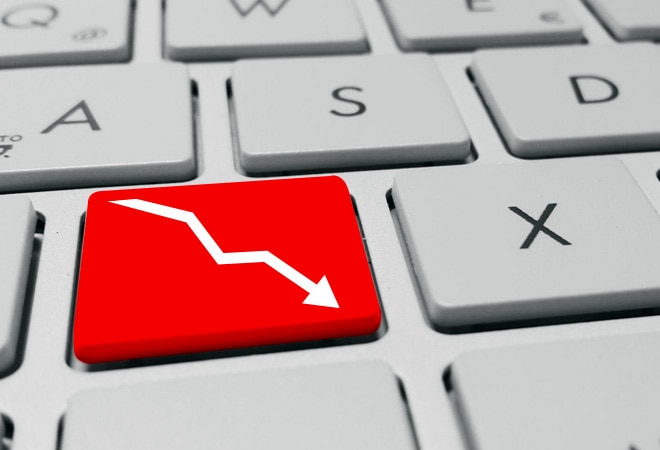 UltraTech Cement followed by SBI, Infosys, HDFC, TCS, Tata Steel, ONGC, IndusInd Bank, HDFC Bank, M&M, Infosys and Reliance Industries were among the top losers on Sensex. On the other hand, Maruti, Nestle India, Titan and PowerGrid were among the gainers. Except for metal, FMCG and realty, all other indices closed in red, with media and PSU banking stocks ending 1% lower.

Retreating from the record highs, most Asian stocks were trading lower early morning as investors kept an eye on Brexit trade talks as well as ongoing negotiations in the US for a coronavirus relief package. US markets closed lower reversing back from day's high as investors booked profits. European markets opened higher as focus remained on the progress of post-Brexit trade talks between UK and EU.

On markets closing --Manish Hathiramani, proprietary index trader and technical analyst, Deen Dayal Investments said," After resisting at higher levels, the Nifty took a breather and came down to the lower end of the range which is 13400 but was quick to recover and close above the 13450 level. This rangebound movement between 13400-13700 may continue for a couple of sessions before the market decides on its new course of action and the direction it wishes to pursue. Traders are advised caution; we need to approach this resistance zone meticulously."

Vinod Nair, Head of Research at Geojit Financial Services said,"After five days of bullish rally, the domestic market reversed along with Asian peers, backed by weak global markets, triggering profit booking across major sectors. PSU Banks, small and midcaps which were so positive recently were also under bearish attack. European indices are trading positive ahead of monetary policy announcement by European central bank and UK & EU having decided to finalise the Brexit deal by this Sunday.  A sell-off was seen in the US  tech stocks which led to a correction in the US market as the stimulus package talks dragged. Markets being at the highest level, any unfavourable events, domestic or global, can result in temporary profit booking. However, we believe that the market is optimistic enough to continue the rally post a required consolidation"

Ajit Mishra, VP - Research, Religare Broking said," Markets ended marginally lower in a range-bound session, taking a breather after the recent surge. Weak global cues led to a gap down opening in the benchmark which further inched lower on the back of profit-taking by the participants. However, resilience in FMCG majors capped the downside and recovery in metal and banking majors in the last hour further trimmed the losses. Finally, the Nifty index ended lower by 0.4% at 13,478 levels. The broader markets too ended with losses in the range of 0.6-0.7%."

He added," Indications are in the favour of some consolidation in the index and it would be healthy for the markets. Nifty has critical support at 13,350 and its breakdown may result in further correction ahead. In the case of a rebound, the 13,550-13,600 zone would act as a hurdle. Defensive viz. FMCG, IT and pharma tend to do well during the corrective phase but traders should maintain caution in the selection of the stocks as we're seeing selective participation."

On the currency front, rupee, the local currency settled 9 paise lower at 73.66 against US dollar, tracking muted domestic equities and a rebound in the American currency.