On the currency front, the Indian rupee settled 10 paise higher at 73.76 against the US dollar on Wednesday as against Tuesday's close of 73.86 against the greenback, supported by positive domestic equities 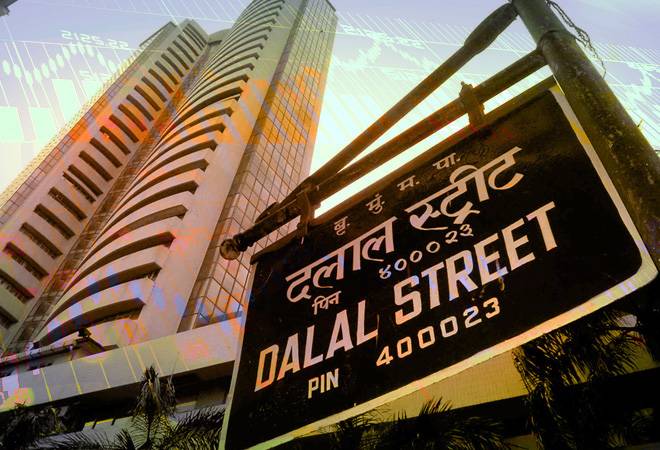 Most Asian indices traded in the green, barring Nikkei and Strait Times as investors were cheerful on manufacturing data coming out of China and release of key economic data for September

Indian benchmark indices closed positive on Wednesday after a volatile session, tracking cues from overseas markets. While Sensex ended at 38,067, up 94 points, Nifty gained by 4 points to 11,226. Yesterday, Sensex ended 8 points lower at 37,973 and Nifty fell 5 points to 11,222.

Sun Pharma, ONGC, M&M and HUL were among the gainers. On the other hand, IndusInd Bank was the top loser on Sensex, followed by ICICI Bank, Axis Bank, SBI, PowerGrid, NTPC and HDFC Bank.

Sectorally, a mixed trend was witnessed on the sectoral front as gains in consumer durables, FMCG and capital goods were capped by losses in telecom, oil & gas and metals.

Vinod Nair, Head of Research at Geojit Financial Services said, "As expected, benchmark indices remained volatile throughout the day, fluctuating between losses and gains before finally ending the day flat. Global cues were mostly negative, following caution over the outcome of US presidential elections and also because of rising virus cases around the world."

European markets opened in the negative as investors remain cautious with COVID-19 infections on the rise again in the US and European countries that can spark tighter lockdown measures. Uncertainty over the course of the pandemic and over how it will affect the economy clouded sentiment.

Most Asian indices traded in the green, barring Nikkei and Strait Times as investors were cheerful on manufacturing data coming out of China and release of key economic data for September.

Wall Street closed lower on Tuesday, snapping a three-day winning streak as investors were cautious amid political uncertainty. Stocks closed lower after the first round of presidential debate involving United States President and Republican Party candidate Donald Trump and his rival from the Democratic Party Joe Biden. A tug-of-war over the new aid package between U.S. House of Representatives and House Democrats also kept sentiments tepid.

On the currency front, the Indian rupee settled 10 paise higher at 73.76 against the US dollar on Wednesday as against Tuesday's close of 73.86 against the greenback, supported by positive domestic equities.

On Rupee's outlook, Ajit Mishra, VP - Research, Religare Broking said, "For the October series, the USDINR pair has resistance around 74.50 followed by 75.20 levels. On the other hand, support for the pair is at 73.20, followed by 72.80 mark"

Worldwide, there were 338 lakh confirmed cases and 10.12 lakh deaths from COVID-19 outbreak. India's COVID-19 caseload breached the 62-lakh mark and the death toll from COVID-19 infections rose to 0.97 lakh, as of today.

On markets closing-Manish Hathiramani, proprietary index trader and technical analyst, Deen Dayal Investments said," The Nifty has closed below the 11350 level which indicates that weakness still persists in the system. Until we do not close above this level, the trend remains southwards. If the Nifty gets jittery at the current level, we could possible go down to 10800."

Rohit Singre, Senior Technical Analyst at LKP Securities "Index has strong resistance near 11300 zone any break above said level can active good momentum which can push index to next hurdle zone of 11400, good support is coming near 11200-11120 zone overall index may trade in consolidation and range would be 11200-11300 zone."

Why Future Enterprises share fell 4% after three sessions of gains