China, where the coronavirus originated, has been least affected, with just 3 per cent fall in the stock market between February 1 and April 9 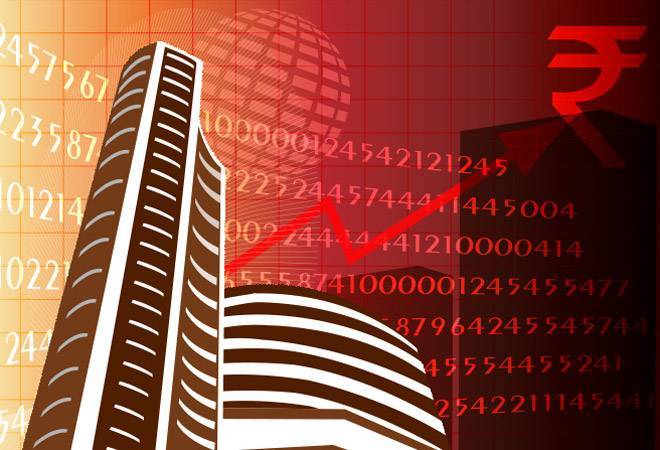 Investor sentiment in India is so low that despite relatively lower cases, Indian market has fared worst among global peers. Indian stock market has lost 26 per cent in dollar terms between February 1 and April 9, compared with a fall of 20 per cent and 14 per cent in the European and US markets. Emerging markets, reflected by the MSCI EM index, declined 15 per cent during the same period.

China, where the coronavirus originated, has been least affected, with just 3 per cent fall in the stock market between February 1 and April 9.

"We do recognise equity market is dynamic, often distorted and is perennially mispriced (and that's the reason for the existence of market and stock analysts), but nonetheless is perhaps the best measure (to estimate the cost of COVID-19) currently. And, for now, while the US and other EMs have lost around 15% since February 1, India has eroded around 25%. That's a lot of pain," says Edelweiss Securities in a research note dated April 12. 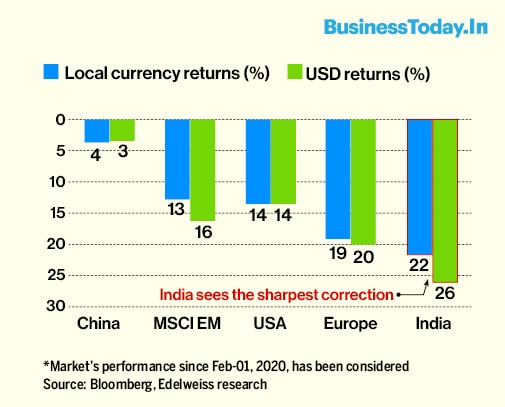 Cost of the lockdown

The lockdown in India has been the most stringent to contain the pandemic. While the three-week nationwide lockdown that started on March 24 is coming to an end on Tuesday, in all likelihood, it will be extended for another two weeks or more. "India's economic cost are likely to be more in sync with the cost of shutting down the economy rather than its COVID-19 numbers. It's also going to be a moving level given how it opens up and the impact of the shutdown," the note says.

The brokerage defines three components of economic cost -- the government, corporates and consumers. "There will be different components of economic cost. Some of these could be absolute meaures: GDP value erosion over the year possibly the most dominant one, the fiscal expansion that offsetting would take over the year. But, its impact is well likely to extend over many years. Or it could be measured in terms of corporate sector profitability in terms of profitability lost, albeit the likely expansion in leverage / balance sheets or the leverage increase in the system could well be another measure," Edelweiss Security says.

"The cost to the consumer could well be another. The erosion in income over the year, on job losses, lower wages and man days lost," it adds.

Edelweiss sees additional burden in terms of socialisation of COVID-19 costs with the government and regulators asking the corporates to pitch in. "This could be in the form of forbearance / waivers (banks), public policy (PSUs), pricing regulations and caps (hospitals, airlines, telecom), inclusions (insurers), quantitative restrictions - supply prioritisation (pharmaceuticals, exporters), amongst others," it says.

For example, the RBI has told banks to offer moratorium on loans, the Supreme Court has asked private labs to provide free COVID-19 testing and hospitals have been taken over for coronavirus patients.

Given uncertainty around these sectors, the brokerage has downgraded banks to 'underweight' and keeping away from utilities and all government companies, while raising weightages on sectors that are not exposed such. For instance, it has upgraded consumer staples, pharma and IT  to 'overweight'.