Benchmark indices Sensex and Nifty closed in the red after trading negative in the afternoon session Tuesday, backed by global cues.

Benchmark indices Sensex and Nifty closed in the red after trading negative in the afternoon session Tuesday, backed by global cues.

Except IT, Consumer Durables and Capital goods, all the other indices closed in the red. Of 30 Sensex stocks, 24 stocks and 30 out of 50 stocks of Nifty closed in the red. Overall 1,677 stocks declined against 859 advacing stocks on BSE, while 143 remian unchanged, with a advance decline ratio of 0.52. On NSE, 1174 stocks declined against 490 advanced and 78 unchanged, with an AD ratio of 0.42

3: 30 pm: Stocks in Europe and the US fell following a sharp retreat in China, as investors were caught off guard by the president's tweets accusing Beijing of seeking to renegotiate the deal before further discussions scheduled for this week in Washington.

2: 50 pm : China says tariffs won't resolve any problems in trade dispute with US. Foreign ministry spokesman Geng Shuang, speaking at a daily press briefing, said China hopes that the United States will work with China to resolve each other's concerns.

2:35 pm: L&T, Hindustan Unilever, Titan and Power Grid are top gainers on the exchange, whereas Zee Entertainement, BPCL, Tata Motors  and ICICI Bank are among the top losers.

2:15 pm: Jyothy Lab reports net profit of Rs 67 cr, 11 per cent up against Rs 60 cr recorded in the corresponding quarter last year. It was up almost 38% against Rs 48 cr achieved in the December quarter

Company's revenue has increased to Rs 504 cr against Rs 474 cr by 6.3 per cent and the EDITBA decreased by 6 per cent from Rs 87 cr in the corresponding quarter a year ago to Rs 82 cr.

The Operating EBIDTA margin for the quarter stood at 16.4% as against 18.5% in Q4FY18. The company reported Basic EPS (Non-annualized) of Rs. 1.84 as against Rs. 1.66 in the corresponding quarter of last year.

The Board of Directors has recommended dividend of Rs. 3/- per equity share of Re 1/- each for the financial year 2018-19. The same is subject to approval of the shareholders.

12: 45 pm: Unichem Laboratories share price trading flat at 186.15 on BSE after the firm said it has received tentative approval from the US health regulator for its generic copy of allergic rhinitis Johnson & Johnson Consumer Inc's Zyrtec-D 12 Hour used for treating allergic rhinitis. The tentative nod by the US Food and Drug Administration (USFDA) is for the company's Cetirizine Hydrochloride and Pseudoephedrine Hydrochloride extended-release tablets, 5 mg/120 mg, Unichem Laboratories said.

12: 30 pm: "We saw the markets react to trade war worries yesterday (Monday), but it is going to be just a short-to-medium term blip. We continue to believe India is a consumption-driven economy and it will be an advantage for India, if things go sour between US and China," said Gaurang Shah, senior vice-president at Geojit Financial Services in Mumbai.

11: 30 am: Goods and Services Tax (GST) regime in India is not likely to reduce the deficits of state governments significantly, amid large and growing expenditure mandates for the social sector as well as capital spending, says a report. According to S&P Global Ratings the institutional framework for Indian states is evolving, but there is structural deficits due to persistent revenue expenditure mismatch. 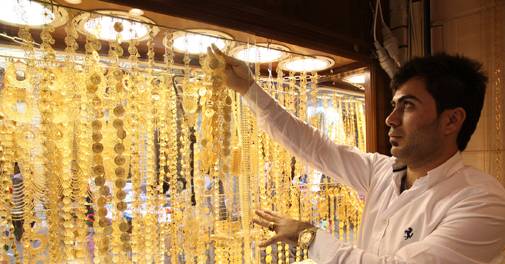 9: 40 am: Marico share price rises 6.62% to 361.65 after the homegrown FMCG major posted over two-fold increase in consolidated net profit at Rs 405 crore for the fourth quarter of 2018-19, aided by one-time write-back of tax provisions amounting to Rs 188 crore. The company had reported a net profit of Rs 183 crore in the corresponding period of fiscal 2017-18.

9: 25 am: Market breadth was positive with 639 stocks trading higher compared to 298 falling on the BSE.

9: 20 am: Consumer durables and banking stocks led the gains with their indices rising 193 points and 155 points, respectively.

9:10 am : On a net basis, foreign portfolio investors (FPIs) sold shares worth a net of Rs 948 crore on Monday , and domestic institutional investors (DIIs) were net sellers to the tune of Rs 89.89 crore, provisional data available with BSE showed.