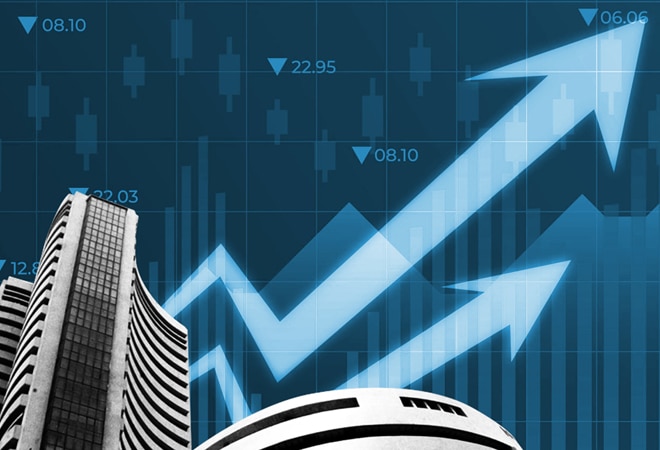 Benchmark indices ended nearly 1% higher each today after Reserve Bank of India kept lending rates unchanged to support the economy amid the second wave of coronavirus.  Sensex closed 460 points higher at 49,661 and Nifty gained 135 points to 14,819.

Top Sensex gainers were SBI, M&M, Nestle India, IndusInd Bank and ICICI Bank rising up to 2.25%. Titan, NTPC and HUL were the only Sensex losers falling up to 0.78%.

Stocks of rate-sensitive sectors such as banking and auto led the gains with BSE bankex closing 576 points higher at 37,302 and BSE auto gaining 371 points to 22,389.

The central bank stuck to its accommodative monetary policy stance amid concerns that rising infections could derail the country's nascent economic recovery.

Vinod Nair, Head of Research at Geojit Financial Services said, "Indian market is invigorated by RBI's long-term dovish stance to maintain an easy money policy till the economy reverts to normalcy. A big cheer is the GSec buying program of Rs 1 lakh crore to ensure liquidity and flatten the long-term yields curve. RBI's decision to maintain its high GDP growth forecast also helped the market to calm down its fears which had increased post the second wave infection and stringent lockdowns."

International Monetary Fund (IMF) on Tuesday raised its growth forecast for Indian economy by 100 basis points to 12.5 per cent for fiscal year 2021-22, the highest among emerging and advanced economies. GDP growth for FY23 has been pegged at 6.9 per cent.

Rohit Singre, Senior Technical Analyst at LKP Securities said, "Index closed the day at 14,819 with gains of nearly one percent and formed a bullish candle on the daily chart. Again 14,900 acted as the strong hurdle in today's session so until we don't see a decisive breakout above 14900, upsides will be capped and once we see a breakout above 14900 then we may see a good short-covering move which can push the index towards the 15,000-15,100 zone quickly. Immediate support is still placed at 14,700-14,600 zone."

However, the Indian currency came under severe selling pressure amid rising Covid-19 cases in the country. The rupee tanked 105 paise to close at 74.47 against the US currency on Wednesday  after the number of new coronavirus cases in India hit a record daily high of over 1.15 lakh new infections.