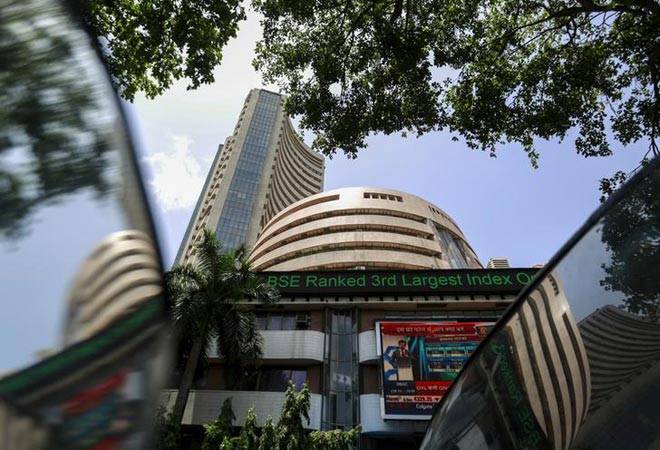 Benchmark indices Sensex and Nifty started on a negative note today amid mixed Asian markets. While Sensex fell 35 points to 39,031 with 16 components in the red, Nifty lost 6  points to 11,748. YES Bank share price  tanked 29.23% to end at 168 level on BSE after the private sector lender reported a surprise loss of Rs 1,506 crore net loss for the March quarter as against a profit of Rs 1,179 crore in the year-ago period as provisions soared over nine-times.

"There is some weakness in the Indian market, in line with Asian shares, which fell after China's manufacturing data disappointed," said Sunil Sharma, chief investment officer, Sanctum Wealth Management.

"Domestically, investors are digesting additional provisioning worries and loan book quality. Finally, there is probably some caution ahead of the Fed meeting this week."

2:30 pm: Samsung Electronics, the world's biggest smartphone and memory chip maker, reported a slump in first-quarter net profits Tuesday, in the face of a weakening chip market and rising competition. Net profits in the January-March period were 5.04 trillion won ($4.3 billion) -the lowest since the third quarter of 2016 and down 56.9 per cent year-on-year.

2: 10 pm: The GST investigative arm has found Tata Starbucks guilty of profiteering to the tune of Rs 4.51 crore by not reducing prices of coffee despite a cut in the rate. Investigation by the Directorate General of Anti Profiteering (DGAP) has revealed that Tata Starbucks had hiked the base price of one its coffee variant after the GST Council cut tax rates on restaurants from 18 per cent to 5 per cent with effect from November 15, 2017. This kept the retail sale price of the product pre and post GST rate reduction intact.

1:50 pm: The government has sold 'enemy properties' worth Rs 1,874 crore in April, as it seeks to fast-track the sale process of such assets to meet the Rs 90,000-crore disinvestment target set for the current fiscal. The government has mopped up Rs 2,350 crore as the disinvestment proceeds in the first month of 2019-20, of which, Rs 476 crore was on account of IPO of Rail Vikas Nigam Ltd (RVNL) and Rs 1,874 crore from the sale of 'Enemy Property', according to data on the DIPAM website.

1:30 pm:  State-owned CIL allocated 27.14 million tonne coal to the power sector under special forward e-auction mechanism last fiscal, registering a decline of six per cent from the previous year. According to the latest monthly report by the coal ministry prepared for the Cabinet, Coal India (CIL) allocated 28.93 MT of the dry fuel to the sector in 2017-18.

1:00 pm: Realty firm Godrej Properties reports a nearly four-fold jump in its consolidated net profit to Rs 156.66 crore for the fourth quarter of last fiscal on higher sales. The company had posted a net profit of Rs 42.28 crore in the year-ago period, the Mumbai-based developer said.

11: 15 am: Chinese manufacturing sector index fell in April to 50.1, compared to 50.5 in previous month, according to the data released by the National Statistics Bureau.

11:00 am: The US equity indices touched a record high Monday on strong gross domestic product data, which grew at 3.2 per cent in January-March period this year.

10: 45 am: Hero MotoCorp falls over 3% to 2525 on BSE. The country's largest two-wheeler maker Hero MotoCorp Friday reported 24.5 per cent fall in its standalone net profit at Rs 730.32 crore for the fourth quarter of 2018-19 on account of lower sales in a sluggish market.

9: 22 am: Market breadth was negative with 494 stocks trading higher compared to 1137 falling on BSE.

9: 21 am: Banking and auto stocks led the losses with their BSE indices falling 400 points and 187 points, respectively.

9: 20 am: On a net basis, foreign portfolio investors (FPIs) sold shares worth a net of Rs 70.73 crore on Friday , and domestic institutional investors (DIIs) were net buyers to the tune of Rs 920.04 crore, provisional data available with BSE showed.