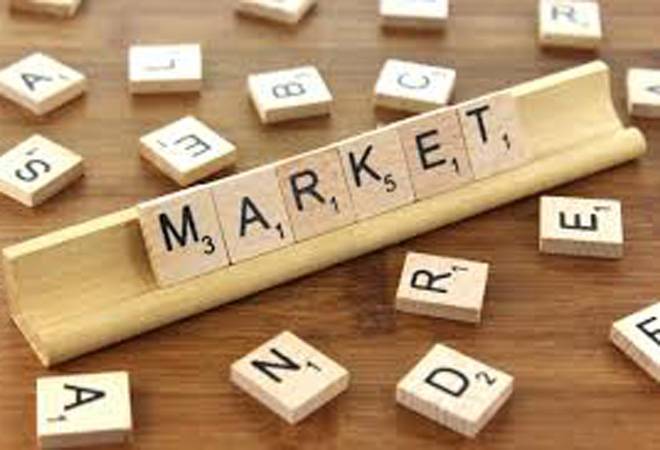 On the currency front, Rupee, the local currency, ended at 76.15 per US dollar as against the last closing of 76.21 per dollar

Bank of Maharashtra share price fell over 4% to the intraday los of Rs 10.8 on BSE, after the lender posted its March earnings.

India Cements share price gained over 10% in early trade today amid a report that ace investor Radhakishan Damani was planning to buy a controlling stake in the company. Damani held 10.29 percent stake in the cement maker, while his brother Gopikishan Shivkishan Damani had 8.26 percent and the rest 1.34 percent was held by both together, as per the shareholding pattern at the end of quarter ended March 2020.

Company said its subsidiary Zydus Cadila has received final approval from the USFDA to market Deferasirox Tablets in the strengths of 90 mg, 180 mg and 360 mg.

The company reported net profit at Rs 270 crore during the quarter ended March 31, 2020, as against profit of Rs 33 crore, recorded in a year-ago period. Company's total income rose 6.98% (YoY) to Rs 282 crore in the January-March quarter of the current fiscal as compared to Rs 263 crore in a year-ago period.

Expressing views on NMDC result, Jyoti Roy, DVP Equity Strategist, Angel Broking said," Net profit for the quarter was down by 75.8% YoY to Rs 351 cr. due to miss on the EBITDA front and prior year tax adjustment of Rs  771.5 crore. While revenue was marginally below street estimates there was a significant miss on the EBITDA front as margins were adversely impacted during the quarter due to 9.3% YoY increase in expenses led by a 53% YoY jump in freight costs."

NMDC share pricegained 1.5% to the intraday highg of Rs 87.05 on BSE, after posting quarterly results.

Expressing views on HPCL result Jyoti Roy, DVP Equity Strategist, Angel Broking said, " While the Q4FY20 numbers have come in ahead of street estimates we believe that the Q1FY21 would be keenly watched by the markets given that demand would be adversely impacted for the better part of the quarter as compared to just about a week in Q4FY20."

Asian markets were trading mixed with investors weighing economic recovery against resurgence of corona virus cases in Asia and US.

Wall Street closed with strong gains after Federal Reserve Chairman said that more stimuli would be needed to pull back American economy.

European indices closed higher on Tuesday, on the back of comments from Federal Reserve and news of a new life saving drug also boosted risk appetite.

Adani Green stock was trading higher today, following media reports that the Gautam Adani led company plans to raise up to $12 billion through sales of green bonds over the next four to five years, in its aim to bemake it the world's biggest renewable energy player.

Share price of Adani Green opened with a gain of 2.37% today  and later locked in 5% upper circuit at Rs 381.55, also its fresh all-time high, as against the last closing value of Rs 363.40.  The stock has only buyers with no sellers offering. The stock has gained 34.66% in the last 10 days of straight gains.

Share price of Hindustan Petroleum Corp Ltd (HPCL) fell in early trade after the oil marketing company announced a 99 per cent drop in its net profit for the quarter ended March. HPCL attributed the fall in net profit to a plunge in refining margins and rise in inventory losses due to a sharp decline in international oil prices. HPCL share price opened 2.38% lower at Rs 204.90 against previous close of Rs 209.90 on BSE.

Maruti Suzuki share price touched an intraday high of Rs 5670, rising 3.13% on BSE today. The company has collaborated with IndusInd Bank to arrange attractive finance schemes to help customers buy their favourite car and to support progressive restart of business activities in the automobile industry.

IPCA Labs share price opened with a loss of 2.11% today and later touched an intraday low of Rs 1543.95, falling 3.12% on BSE after the company reported weak numbers for the March quarter.

The company reported 13% drop in its net profit at Rs 83 crore during the quarter ended March 31, 2020, as against profit of Rs 96.2 crore, recorded in a year-ago period. Company's total income rose 22% (YoY) to Rs 1,074 crore in the January-March quarter of the current fiscal as compared to Rs 879 crore in a year-ago period.

The Indian rupee slipped 5 paise to 76.25 per dollar on Wednesday's opening bell amid strengthening US dollar and escalating tensions between Indian and Chinese troops near the border. Besides the border tension with China, sustained foreign fund outflows and concerns regarding spike in coronavirus cases  also kept investor's sentiments cautious.

At the interbank forex market, the local unit opened weak at 76.21 and fell further to 76.25 against US dollar, down 5 paise over its last close of 76.20 per US dollar on Tuesday.

Company's promoter Standard Life Investments is looking to offload upto 2.82% stake in the company through offer for sale (OFS).

Wipro share price gained 2.5% to the intraday high of Rs 217.60 on BSE after the company announced that Wipro Gallagher Solutions partnered with DocMagic, Inc to enhance digital mortgage processes.

The public-sector lender said it will seek shareholders approval in mid-July to raise up to Rs 20,000 crore equity capital through various means in the current fiscal.

Worldwide, the total number of Covid-19 cases has crossed 81.62 lakh, with the death toll topping 4.41 lakh.

PowerGrid, NTPC, SBI, UltraTech Cement, M&M, HDFC Bank and Kotak Bank were among the top losers on Sensex pack. On the contrary, Maruti, Tech Mahindra, Axis Bank and Infosys were among the gainers.

10. 12 AM: Why domestic indices are trading weak today

Asian share markets were trading tad lower on Wednesday as a resurgence of coronavirus cases challenged market confidence in a rapid economic recovery.

Domestic indices Sensex and Nifty recovered from early losses and traded flat on Wednesday. Sensex rose 41 points higher at 33,646 and Nifty was down 8 points at 9,905.

Schneider, HPCL, Navin Fluorine, Globus Spirits, HCL Technologies, Bank of Maharashtra among others are the top stocks to watch out for in Wednesday's trading session

Rupee ended weaker at 76.21 per US dollar on tuesday, as compared to the earlier closing of 76.03 per US currency.

8.40 AM: Galwan valley tensions between India and China

Indian Army said 17 more Indian troops have succumbed to their injuries, taking the number to 20 at the Galwan area. As per the recent updates, Indian Army will release names of all 20 killed today. Sources suggest that not much has changed on the ground and nothing has come out of talks. There are also reports of alert in different parts across LAC, not just Ladakh.

On Tuesday, domestic indices Sensex and Nifty closed on a bullish note amid heavy buying pressure in financial stocks. Sensex ended 376 points higher to 33,605 and Nifty climbed 100 points to 9,914.