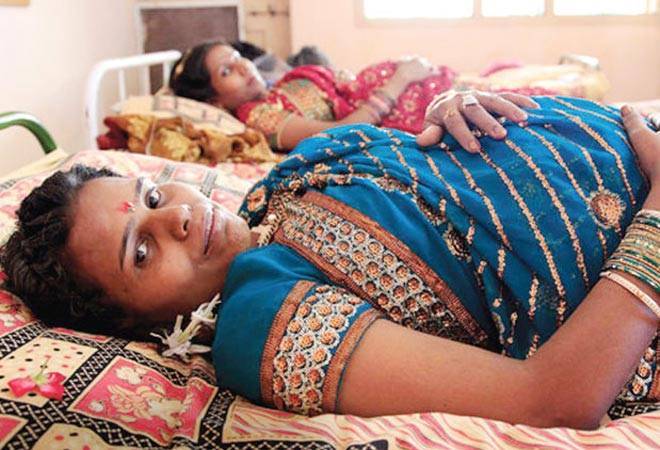 So, what is anaemia and what can we do about it? Anaemia is a fall in red-blood cell count, lowering the ability of blood to carry oxygen. Most commonly, anaemia is caused by a deficiency in iron, leading to reduced ability to produce haemoglobin. In the short run, anaemia leads to tiredness, heart palpitations, and difficulty in breathing. It also leads to increased illness and infection, as immunity is affected.

This is particularly problematic for pregnant women, putting them at high-risk as they need to produce more blood to provide nutrients to the baby. This in turn causes increased instances of low birth weight, premature birth and indeed, maternal deaths. In fact, anaemia causes 20% of maternal deaths in India. It is also an associated cause in 50% of maternal deaths. Anaemia also has major economic ramifications. It has been estimated that it resulted in a loss of $23.37 billion to India's gross domestic product in 2017 and that anaemic children earn 2.5% lesser than their peers, on average.

Over the last half-century, the government has taken some actions to address anaemia. The National Institute of Nutrition's dietary guidelines lay down that pregnant women should consume 35 milligrams of iron each day.

The National Health Mission has also provided for supply of iron and folic acid tablets to adolescents under the Weekly Iron Folic Supplementation (WIFS) program. Frontline workers are expected to provide 100 Iron and Folic Acid tablets to pregnant women, with double dosage for those with lower haemoglobin count. Yet, coverage remains poor. As per the National Family Health Survey - 4, only 30.3% (Urban - 40.8%, rural - 25.9%) of pregnant women in India consume iron folic acid for 100 days.

There is a need for innovative solutions that can be integrated into women's daily lives to stimulate consumption of iron content. A few years back, the 'Lucky Iron Fish' grabbed attention winning global recognition for product design. Developed by a Canadian researcher Christopher Charles in response to dire anaemia in Cambodia, it is a simple fish-shaped iron cooking tool that can be boiled with water or other liquids which can be consumed to augment the body's iron reserves.

The back story is interesting. While working on a summer research project, Charles had to help persuade Cambodian women to place iron chunks in their cooking pots. They were resistant. He recognised the iron had to be in an appealing form. He and his team tried a lotus. That didn't work either. Finally, when they spoke to the local community, they learnt about a river fish considered lucky. When the fish-shaped iron was distributed, compliance rate rose to as much as 92%. I see a definitive cue for behaviour change communication there.

The business world is chipping in too. Nestle's Maggi Bouillon cubes is popularly used for seasoning dishes in Africa with more than 80 million units sold each day in Nigeria alone. In 2009, Nestle fortified these cubes with iron to contribute to the fight against anaemia. There was a risk that consumption would reduce as iron would alter colour and taste.

The company spent two years developing iron-fortified bouillon cubes which didn't impact taste, ease of absorption or the consumer's wallet. The company reports that Bouillon cubes have retained their popularity.  In India, products such as wheat, rice and salt have been fortified with iron. An emerging startup Cerelia Nutritech, is developing a body lotion consisting of iron, folic acid and Vitamin B12 to help women counter anaemia.

"For the rest of my life, cast iron." No, that's not your grandmother. It's celebrity chef, Gordon Ramsay. The humble kadai was a staple in Indian households. Now, the virtues of cast-iron cookware are being propagated by the rest of the world. Apart from adding to taste, it also infuses food with rich iron content. It may not be necessary to reinvent the wheel. One of the finest examples of micro-innovation to address a nutrient deficiency is from Maharashtra. The Neelvasant medical foundation, a non-profit, came up with iodine patches that women could use as 'bindis'. These little bindis could give wearers 100-150 micro grams of iodine each day.

These are but a  few examples. Anaemia continues to put the lives of several pregnant women and their children at risk. We need to evolve innovative solutions that enable women to assimilate iron in their daily lives with minimal effort. Here's looking forward to the next great idea to counter anaemia. From India, for the world's women.

The lucky iron fish's impact in Cambodia has been tempered by the fact that most anaemia there is caused by genetic effects rather than iron deficiency.

The writer is the CEO, Antara Foundation. He has worked in management consulting with Arthur D Little and KPMG.

Sorry ma'am, the phone has been permanently disconnected!