Given how much money went down in the IL&FS fubar, public outrage against everyone connected with the company was to be expected. That said, the sheer volume of venom that targeted Independent Directors seemed unfair. 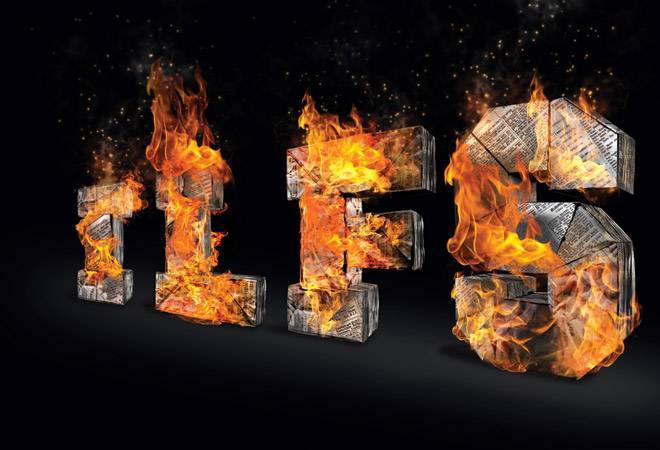 Given how much money went down in the IL&FS fubar, public outrage against everyone connected with the company was to be expected. That said, the sheer volume of venom that targeted Independent Directors seemed unfair. Does anyone here still think such positions are anything but a well-deserved lifetime achievement award a.k.a. sinecure? Beyond the twitter tantrums lurks the terrifying question that corporate governance asks of our company law: ten years after Satyam, why do we all collectively continue to pretend that this institution of independent directors will serve its intended purpose?

To understand the evolution of this intended purpose, let's start at the very beginning, in a world before 2013. In the scheme of our 1956 Company law, no individual director had either power or responsibility. Executive power was exercised in the collective wisdom of the Board. In 2001, SEBI took the first timorous steps to enforce a stricter norm of fiduciary responsibility by introducing Clause 49 of the Listing Agreement. It could not work for at least two reasons, and it didn't. First, independent directors were defined as people who had no "other material pecuniary relationship" with the company which "in the judgment of the Board may affect independence of judgment of the directors". When conflict of interest is a matter of opinion, you have the perfect inconclusive case. Second, the law let independent directors off the hook except in circumstances where an "offence has been committed by the connivance or is attributable to any gross negligence of the officer" (Sec 21 SCR Act). It's not often you get that standard of evidence into any case.

Now, you can see that by definition, independent directors are incapable of performing the role assigned to them and not only because the promoter bankrolls their performance. The problem is compounded considerably by the attitude of the courts. In my 38 years of court experience, I have seen Independent Directors sued aplenty when companies fail to pay statutory dues but I have never seen them receive any substantial empowerment for their core role. This became obvious the very year we legislated the new Company law in 2013. The Tata-Mistry spat broke in late October, and India got to find out if the role of independent directors in corporate governance was quite what the pre-legislation rhetoric projected it would be.

To get this in context, let us remember that the law wants all independent directors to act in accordance with their fiduciary duties and protect the best interest of the company as they see fit in their individual judgement. Yet, when they did so in the Tata-Mistry spat, the majority shareholder made all manner of alarming allegations putting the independent directors in the awkward position of becoming players in a war that wasn't theirs to fight. If we were to follow the law at that point, it didn't matter what motives these directors had. It's a job the law wanted them to do but when they did, India's most respected business house decided that such independence of judgement is simply unacceptable and moved to have them ejected from the boards. Where did that leave our new corporate governance norms in 2013?

Eventually, the matter found its way to court. NCLT sealed the matter by viewing Mistry from the prism of 'his' shareholding which made removal a matter of 'corporate democracy'. Inevitably, it viewed independent directors through the same prism. It summarized its position thus:

"The holders of the majority of the stock of a corporation have the power to appoint, by election, Directors of their choice and the power to regulate them by a resolution for their removal. And, an injunction cannot be granted to restrain the holding of a general meeting to remove a director and appoint another."

To put it bluntly, keepers of the corporate temple and protectors of the GRC faith became servants of the unwashed millions. At that point, it was already clear that the Independent Director's compliance construct was toast.

At the end, this is what it comes down to. You want independent directors to control the people who hire them and pay their bills. Independent Directors are treated with kid gloves for so long as they are able to toe the line and keep their mouths firmly shut but should they disagree with the will of the majority, the courts are quick to concur in their ejection. What you get then is the worst kind of hypocrisy. You know independent directors can't discharge their statutory function: you just want them to pay lip service to it so that you can continue to have yourself a corporate world which really has no business but the business of getting on with doing what the majority shareholder wants whatever it takes with no one to ask questions or apply the brakes. When you get hit in the face with a fubar, you always have the fall guys to spit venom at even though you know they were incapable of doing anything. It's a farce.

The author is Managing Partner of the Gurgaon-based corporate law firm N South and the author "Legal Confidential", an expose' of the real world of Indian courts.

Why India needs to rethink its relationship with OPEC