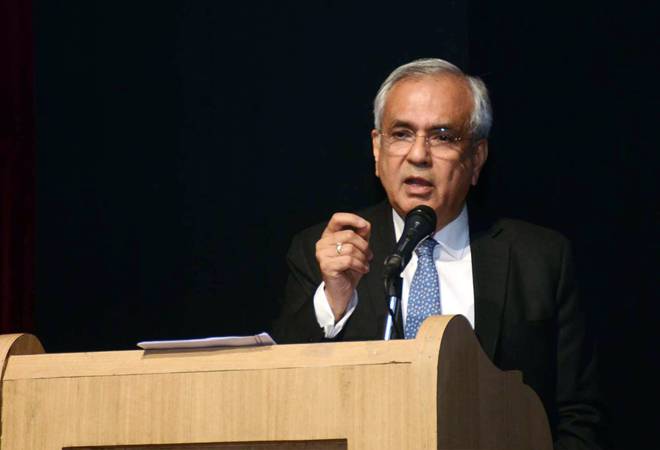 The Narendra Modi-government is hoping to arrest economic slowdown through a series of measures announced as a stimulus package. The first, such measure was announced in the last week of August. Rajiv Kumar, vice-chairman of government's premier think tank Niti Aayog speaks to BusinessToday.In's Joe C Mathew on the significance of these measures. Edited excerpts:

What will be the impact of FM's stimulus package?

It's a very comprehensive package and will boost investor confidence. As the Prime Minister said on August 15, we want to recognize the contribution of the private sector, as they create value, and take the country forward. This is what the package has managed to signal strongly. We know that growth of bank credit has been declining, especially in exports. Much of this was because of non-performing assets (NPA). The recapitalisation of banks, by infusing Rs 70,000 crore upfront, will help banks provide growth equity. The package also provides additional liquidity support to NBFCs. Equally significant is the roll-back of the surcharge on foreign portfolio investors (FPI). There is about $18 trillion of debt in the world earning negative returns. So there is lot of money out there that could be attracted to India for high returns. The India story abroad remains very strong.

The FM said there will be more measures. What could be the priority?

The Prime Minister had talked about the need to promote exports, so that could be one area of focus. When domestic demand is weakening, the best way is to take advantage of external demand. Some people might say global trade growth is currently anaemic, but that should not affect us as our share in global trade is so low, only 1.67 per cent.  Therefore, the market and demand already exists and we can expand our exports without bothering about growth of global trade. The market that is already there is huge. For tourism also, maybe there will be a package. We get about 10 million foreign tourists, while China gets 50 million. Given our history, geography, archaeology, there is huge scope for growth in tourism. There could be a real estate focus too. All these sectors have huge multiplier effect and will get India back to the growth track again. FY20 may be a bit weak, but all these measures are preparation for better growth rate in future. I think it is definitely possible to look at an 8 per cent plus (GDP) growth.

How do you see RBI's decision to transfer Rs 1.76 lakh crore to government?

It is a big fiscal help. You have seen that bond yields have already declined because they now know that the government pressure will be less.

You mean this will help government compensate for any possible short fall in tax revenues?

This amount is not entirely a windfall as some people project. Of the Rs 1.76 lakh crore, Rs 90,000 was already budgeted for this year. The government has also laid out an ambitious infrastructure development plan. At the same time, government will try to raise non-tax revenue through disinvestment and asset monetisation. The thought is to rev up the economy without breaking fiscal discipline. So RBI has been a big help. Let me also add that there is no danger at all to the RBI balance sheet. Former Chief Economic Advisor Arvind Subramanian had estimated RBI could give Rs 4 lakh crore, but out of that they are only giving Rs 58,000 crore (the surplus component). In that sense we should complement the RBI and the government that they accepted the recommendations of the Bimal Jalan committee and did not push for more. I suppose the best use of such money is to increase public capital expenditure. It has a big multiplier effect. Infrastructure is another.

How can these measures trigger consumer spend and consumption?

It will only come from increase in income growth. Jobs are associated with income growth. It will also change with better economic prospects, because people tend to spend according to what they expect to earn in future. Now finally some companies have started to reduce prices. So there is a price elasticity that will help trigger demand. I am hoping the same will happen in real estate too. At the moment the return on housing is very limited in terms of rental to capital cost, so the idea is that the capital cost pricing should come down to make it affordable.

Can Indian exports benefit out of ongoing trade war between the US and China?

A bilateral dialogue between Niti Aayog and NDRC (National Development and Reform Commission of China) is happening in September. I am sure all of this will be discussed there.