"ISA will also facilitate the One Sun, One World and One Grid global project once India brings out a complete vision", says Upendra Tripathy, Founding Director General, ISA 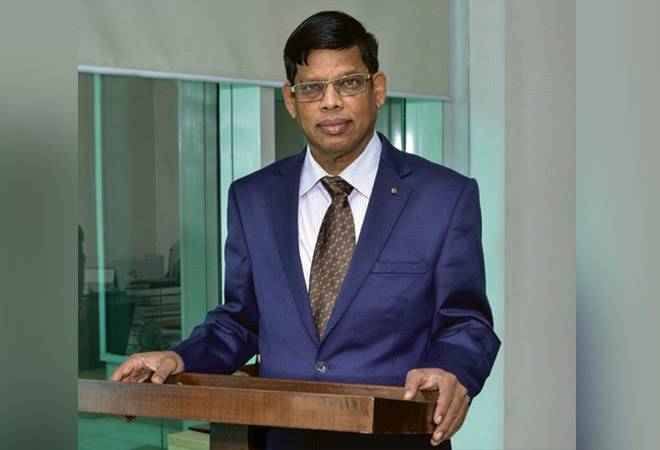 ISA was launched as the first international treaty-based body in India. The US and China are yet to be part of ISA. How soon will all countries join the alliance?

The ISA secretariat got legal personality on June 6, 2018, after ISA and India signed the host country agreement, the basis for establishment of headquarters of a treaty-based intergovernmental body. We have 86 signatory countries: 42 are from Africa, 20 from Asia-Pacific, 3 European and 21 from Latin America. Membership will be soon open to all UN member countries situated even outside the Tropics. We are waiting for US, China and Germany to become members. We need ratification by three more countries to bring the first amendment into force.

How will ISA make meaningful changes in energy security for member countries?

Sun rays are oil in the sky.  We are assisting member nations and solar business community in many ways. One is bringing in corporates and other organisations as networking partners in a public-private partnership. We have a network of 48 partners, including private corporate partners such as SoftBank (Japan), CLP (Hong Kong) and India-based public corporate partners like IREDA, SECI, NTPC, PGCIL, REC, CIL, PFC, ITPO, SBI, NHPC, and EESL. We have partners in UN bodies like the UNDP, UNIDO, and UNEP, etc. and multilateral development banks such as the World Bank and the Asian Development Bank (ADB) as powerful partners.

We are now facilitating two "Freedom solar parks" - 500 MW in Mali and 218 MW in Togo (West Africa), with NTPC acting as consultant to member countries and arranging grid connectivity, low cost  loans and securing 25-year power purchase agreements (PPAs) on a transparent and competitive basis.  Ten other countries have been identified to set up such parks. Under the STAR-C programme for capacity building, we have 213 "master trainers" trained with the assistance of Ministry of External Affairs. With IIT Delhi, we are starting an international MBA programme in solar energy next year.

The Paris Declaration on ISA envisioned mobilising investments of over $1,000 billion by 2030. What is the progress so far?

Our motto is to make the sun shine brighter! Apart from mobilizing investments, we strive to bring down the cost of capital and technology for member countries. The annual flow of capital into the solar sector has been around $150 billion. However, investments are not uniform or equitable. Member countries are addressing the problem by making solar roadmaps and building robust ecosystems. India ($2 billion through EXIM Bank) and France (Euros 1.5 billion through AFD) have earmarked soft loans for green and brownfield solar projects in member countries and many developed countries may follow suit. The World Bank has a Solar Risk Mitigation Initiative (SRMI) as a way of credit enhancement, which was incubated by the ISA. So far, the World Bank and the Agence Francaise de Developpement (AFD) have put over $333 million in 19 countries under this initiative. ISA has facilitated 47 projects in 37 countries with various institutions.

The Indian prime minister had talked about One Sun, One World and One Grid and envisions a World Solar Bank. What is the role of ISA in this?

A World Solar Bank can reduce the cost of blended capital and make funds more accessible to island countries (SIDS) and least developed countries (LDCs). Even with a paid-up capital of $2 billion, it can nudge $50 billion per annum via co-financing at 20 per cent. All member countries and industries can benefit from a financial institution focused on solar energy. ISA will also facilitate the One Sun, One World and One Grid global project once India brings out a complete vision document for which work has commenced.

ISA's annual budget is $5-6 million, whereas IEA, OECD or OPEC have higher budgets, critical in generating data and research to become an influential global organization. What are your plans to augment this?

We have no membership fee yet. ISA is expected to have a negative balance by FY-2022. India, as our host country has deposited a corpus of $27 million (Rs 175 crore) in State Bank of India (SBI) and no expenditure can be made from the corpus or the interest accrued. India also gives Rs 15 crore per year (slated for five years). It will end in 2020/21. Besides, we have corpus contributions of $11 million from various partners. We are exploring measures such as annual membership fee and having more corporate partners while targeting a corpus of $500 million. But there will be no shortage of money if ISA can deliver desired services to the Members.

Covid-19 is redefining the sector. Investments are going down. India investments were only $970 million, a 66 per cent drop year-on year, in the first quarter of 2020. Global solar capacity addition is predicted to go down by 20 per cent in 2020. How do you assess the situation and what is required to boost investments?

Your statistics may be right. Bad times indeed, but economies will overcome this downturn in the medium-term. Things will bounce back. On the positive side, ISA has launched ISA-CARE to solarise primary health centers in member countries, which require cold storage facilities for vaccines and medicines. We plan to launch a project, during our World Solar Technology Summit this year, polarisation of hospitals in 46 SIDS/LDC member countries. ISA wants to have all un-electrified Primary Health Centers and hospitals solarised in every district of our member countries.

India is planning a separate renewable policy. What is needed to make India achieve the target of 100 GW of solar by end-2022?

I have seen some doubts in some quarters (even in 2015 when the 100GW proposal was cleared by the Cabinet) if India can reach 100 GW of solar by 2022. India made history by connecting 26 Million households in less than 18 months. India has around 68,000 substations. One MW near each substation, India will cross 100 GW.

Not made enough tax-saving investments for FY20? You can still do so; here's how