Priyank Sukhija: The restaurant sector is one of the worst-hit sectors right now. EBITA of the industry has gone down 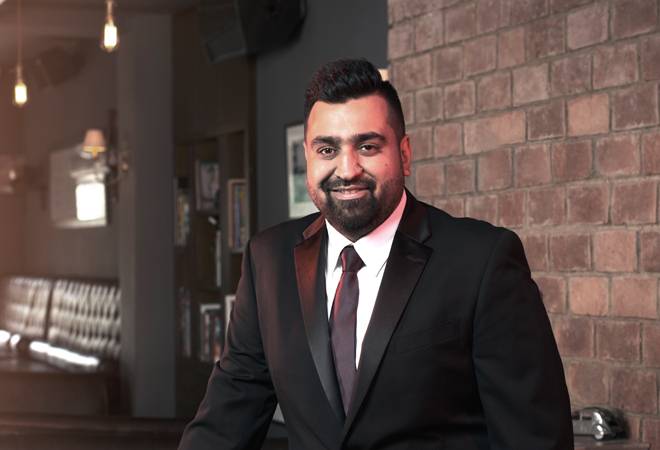 A first generation restaurateur, Priyank Sukhija, CEO and managing director of First Fiddle, set up his first restaurant in 1999 in New Delhi's Malcha Marg. It today operates 30 outlets with a turnover of over Rs 200 crore in 2018/19. Sukhija, who gets involved in the entire process of setting up a restaurant - executing the concept, hiring chefs, restaurant staff, and marketing - expects to clock revenues of over Rs 500 crore by next year. As people are spending more on eating out, Sukhija is actively launching large format stores to capture higher share of consumers' wallet. He shares his expansion plans in an overcrowded restaurant space in an interaction with Business Today. Edited excerpts:

Business Today: How many brands do you operate at the moment? What brands are you focussing on more than others, and why?

Priyank Sukhija: Currently, we operate about 15 brands and 30 properties. I'm focussing more on Lord Of The Drinks, Plum By Bent Chair and Dragonfly along with a couple of new brands that are in the works. Earlier, we focussed on creating more and more brands, but now I want to focus on building those brands into chains instead of just coming up with a new one each time. Apart from that, I am also working on the food and theme of the brands. For example, introducing cuisines like Chinese, Japanese, Peruvian, and Thai.

BT: You have made ambitious projections about store openings and revenues in the past, and there have been times when you could not achieve those targets. Do you think that you are generally over-optimistic about the hospitality sector?

Sukhija: It's true that I have been overly optimistic and ambitious about my projects and the direction the company is moving in but those projections were based on decisions that were later changed. Earlier, we were planning to raise $25 million private equity, but our EBITA was strong, so we decided to carry forward with the current revenues and raise the capital later. Also, the kinds of restaurants we're doing now are going to have a different growth plan from our other restaurants. We are tapping into the luxury niche market restaurants, which will have a lesser number of outlets but the investment that goes in each of them would be much higher than other brands.

BT: What are the revenues and profits of First Fiddle?

Sukhija: In the last financial year, we have garnered revenues of over Rs 200 crore and around Rs 187 crore a year before that.

BT: When do you expect to raise VC/PE capital?

Sukhija: We will need private equity. I do have plans of tapping into it perhaps towards the end of the year or next year. I've been occupied with the projects on hand, and have been delaying it and trying to keep my stake higher.

BT: What's the mix of food and beverages in your revenues? Do you see that changing, going forward?

BT: With the saturation in the restaurant space in metros, do you have plans to expand into smaller towns?

Sukhija: Of course. We are already doing that.

BT: Do you think the regulatory challenges are affecting the restaurant sector in India?

Sukhija: The restaurant sector is one of the worst-hit sectors right now. EBITA of the industry has gone down. Apart from the regulatory challenges like age limits, lack of one-window licensing, and strict timings for outlets, we are also not getting input tax credit on goods and services tax (GST), which was previously around 18 per cent. This is one of the biggest reasons that the organised restaurant industry is suffering. The policy changes have caused an increase in the cost of running restaurants.