Reports suggest that the Enforcement Directorate (ED) is probing diversion of funds case against Goyal, and the lookout notice issued by the home ministry reportedly pertains to that case 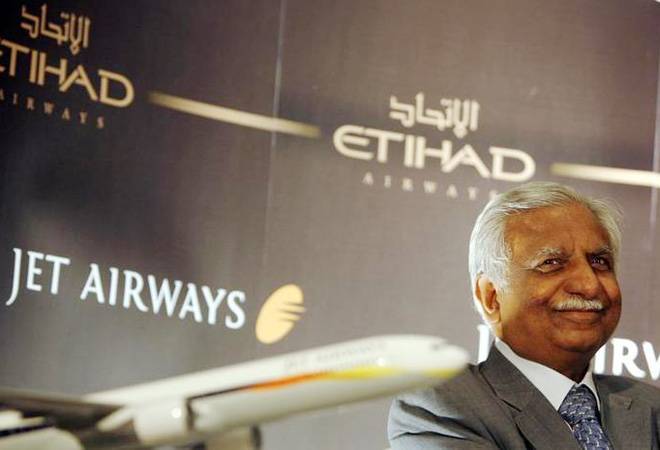 It is not clear whether Goyal has been detained or the government is moving fast to avoid another embarrassment like in the case of Nirav Modi and Vijay Mallya.

The deplaning of Jet Airways' former chairman Naresh Goyal and his wife Anita Goyal from the Dubai-bound Emirates flight EK 507 has set the tongues wagging. It's not known yet that whether Goyal has been detained on charges of any financial irregularities or the government is pre-empting a backlash from the public just like what happened in high-profile cases of Vijay Mallya, Nirav Modi and Mehul Choksi.

Reports suggest that the Enforcement Directorate (ED) is probing diversion of funds case against Goyal, and the lookout notice issued by the home ministry reportedly pertains to that case. Goyal's involvement in financial wrongdoing cannot be ruled out at this moment but if he has committed fraud, then why did the government wait till the last minute to pin him down. "A lookout notice - which also entails that he cannot fly abroad - seems a rather convoluted approach than launching a formal inquiry against him since Goyal is in the country for quite some time," says an aviation consultant.

"I am concerned that business failures in India are treated akin to criminal activities. Businesses fail all the time for a variety of reasons, however, detaining somebody has to be done on the basis of a criminal act. If Goyal has committed one, the law must take its course. I am also concerned that various safeguards that the Indian government has put in place appear to be ineffective or easy to subvert," says Devesh Agarwal, an aviation blogger.

The problem with Jet began last year when it posted quarterly loss (Rs 1,036 crore in May), its first quarterly loss in 12 quarters, due to rise in ATF (aviation turbine fuel) prices and sharp rupee depreciation against the US dollar. Goyal tried his best to bring the airline back into shape but the debt default in January to a consortium of Indian banks proved to be the last straw.

Some see Goyal's detaining as a possible retribution from the government after banks allowed Goyal to go scot-free when he resigned from the airline in March. Goyal's deplaning is perhaps an attempt by the government to save its face from possible fallout if the Jet's lenders aren't able to stitch a deal. The lenders, led by SBI, are trying hard to sell Jet Airways and recover their dues. Jet's liabilities are close to Rs 20,000 crore which also include some Rs 8,500 crore owed to the banks.

Facing severe criticism, the government enacted Fugitive Economic Offenders Act last year to confiscate assets of economic offenders who are no longer residing in the country. Early this year, the special PMLA court declared Vijay Mallya a fugitive economic offender. He owes over Rs 9,000 crore to various Indian banks. The government is also using its diplomatic heft to nail down Nirav Modi, who is involved in Rs 14,000-crore PNB scam case.

The success of Jet Airways was not necessarily based on its business model; it succeeded due to the political maneuvering of Goyal. His initial source of funding in Jet Airways has been frequently questioned too. Jet, started by Goyal 26 years ago, ceased operations last month after it ran out of funds to keep operating the aircraft. An airline that Goyal nurtured from the scratch is now facing an existential crisis. It still hasn't found a buyer, and is staring at a possible bankruptcy. Jet hasn't paid salaries for months, and some of the employees, including CEO Vinay Dube and CFO Amit Agarwal, have left the organisation. The lessors have taken back about 100 planes (out of 120 planes it was flying), and the new buyer, besides infusing money, would have a gargantuan task of putting the airline back in the sky.