In 'The Freedom Manifesto', author and entrepreneur, Karan Bajaj speaks of seven rules to live the life of one’s calling by opening avenues for personal growth.

Personal growth spills over to professional growth thinks Karan Baja, author of The Freedom Manifesto and the founder of WhiteHat Jr. In 2019, Karan Bajaj quit his job as Discovery India’s head to start WhiteHat Jr, with the mission of making every kid in this world a creator. At the time, everyone thought Karan was reckless to give up a high-flying corporate career at the age of 40, but 18 months later, WhitehatJr was acquired by BYJU’s for $300 million. On the surface, it was one of the fastest startup-to-exit journeys in India, but the seeds of this were planted a decade ago when Karan first decided to create his own set of life rules. In The Freedom Manifesto, Karan reveals these secrets to help you transform your life. Unconventional, practical and no-nonsense, these seven rules are expected to transform one’s mindset from an employee to an owner.

BT: You have packed in life lessons and your journey is full of adventure and experiments. How and when did you start experimenting with your limits? BT: Becoming a full-time author and giving up the proverbial 9-5 is a dream of thousands of people around the world, but only a few are able to make it a financially viable possibility. How did you make it possible?

Karan Bajaj: I did not make money from writing but made money through writing. It is true that the royalty and other payoffs that some books fetch is not enough to support a living. I started writing a book while travelling and because of my writing experience, I became successful in another dimension and then became the head of Discovery. Every time I was achieving something creatively, life was rewarding me in some other form. Writing a book is like setting up a startup - you just start with an idea and a blank page. Most of the time, it may not work, but finally, something great will definitely come up. So yes, I have not made money from my writing, but I have definitely made money through my writing.

BT: Both startups and writing are about dealing with rejection, and you have dealt with a fair share of that. How did your early failure in writing eventually lead to the creation of WhitehatJr?

Karan Bajaj: That’s true. It all begins with an idea that you have, and you believe I and most people think it is a bad idea, but you still persist. My first book was rejected 61 times. I did not give up. When you throw yourself into the immersive experience of writing, you see that you go through growth. The world eventually rewards that growth. Some projects will work, some won’t but eventually, you set yourself up for later success. The world systems are very inefficient in the short term, but in the long term they are very efficient, and you will get the reward. 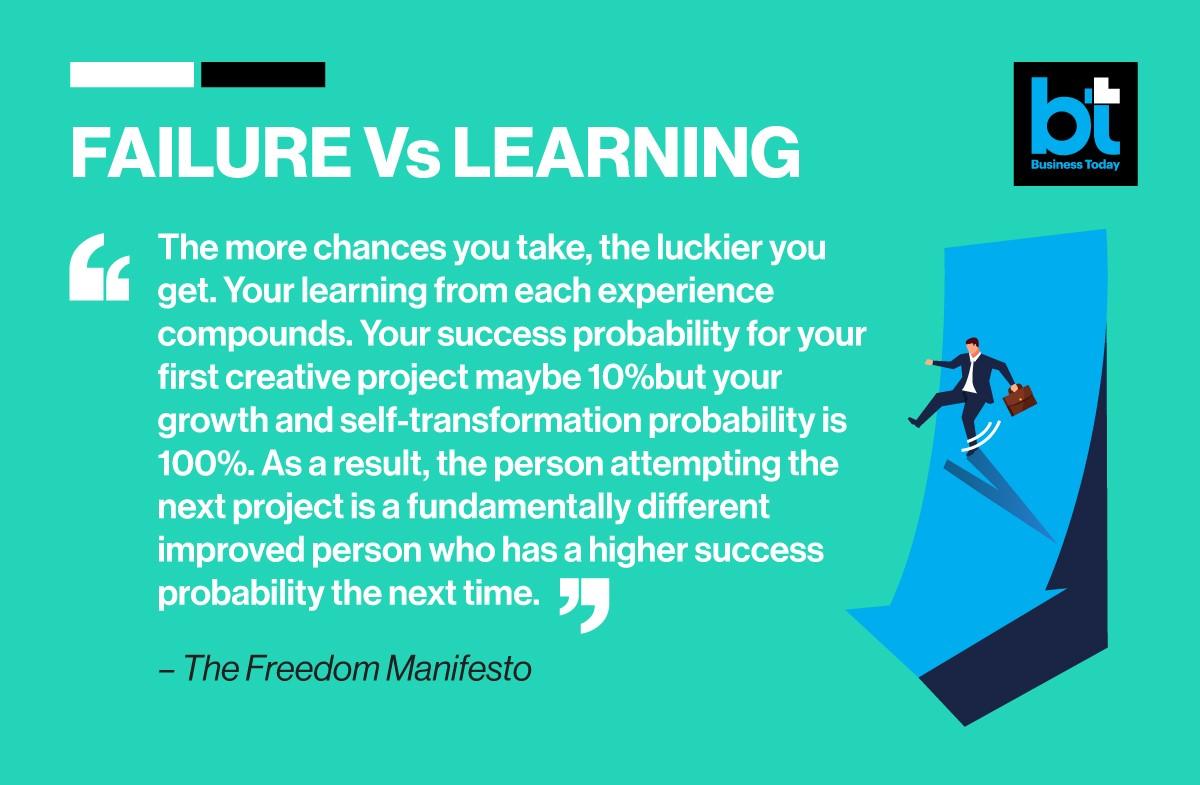 BT: You say this and widely it is known that freedom lies in finding yourself, last year we saw a lot of people giving up jobs in a phenomenon called the great resignation. So, is giving up the job the salvation?

Karan Bajaj: What I have learnt through my sabbaticals is that you can never run away from something, but you have to run towards something. When I first started travelling after quitting my job, I eventually felt very dissatisfied with what I was doing and then started writing my book The great resignation was a reaction of a momentary nature. People eventually will gravitate towards professional fulfilment in a deeper manner. 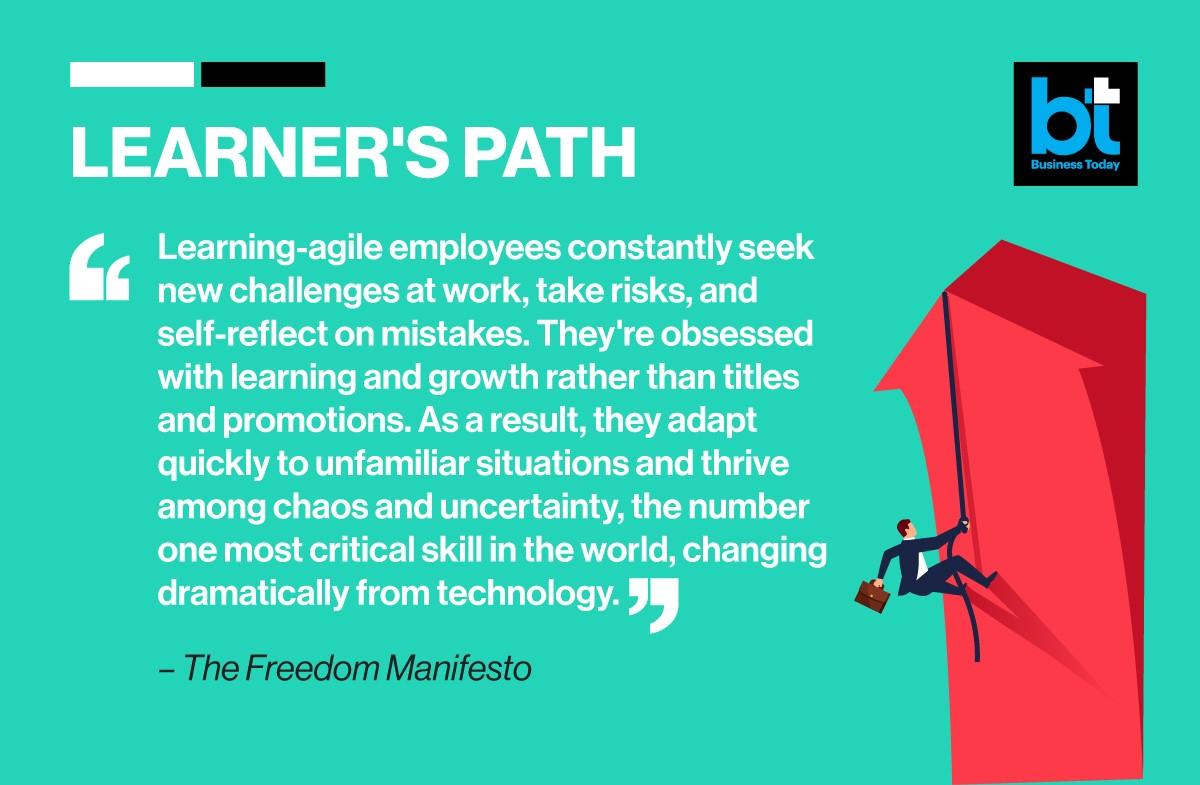 BT: You have spoken about finding thrust. How does one find what their thrust is? Does anyone naturally start out by knowing where their passion lies?

Karan Bajaj: To know your thrust, you have to take a lot of action because action leads to information. In your 20s and 30s, you have to open yourself up for experiences and try and find yourself through those actions as they will inform you about yourself. Some will work, and some won’t. In your 40s and 50s, those choices narrow down and you settle down on one or two things that you want to build on. That’s how we find our thrust.

BT: Through the long-winded experiences that you have gathered through your life which you have curated in The Freedom Manifesto, what has been one single mantra that has guided you?

Karan Bajaj: Through everything that I encountered in growing as a writer, professional and then entrepreneur, I was certain of one thing extraordinary personal growth will lead to extraordinary professional growth. Somehow, growth in one field influences growth in other segments of life. It always spills over. My thought has always been about giving maximum input and never worrying about the output because when you give maximum input, the output takes care of itself.