A closer look at the details of the GDP estimates shows that some worries remain and whether the 8 per cent plus can be maintained and bettered in the next several quarters will depend both on external factors as well as how well the government can manage its finances. 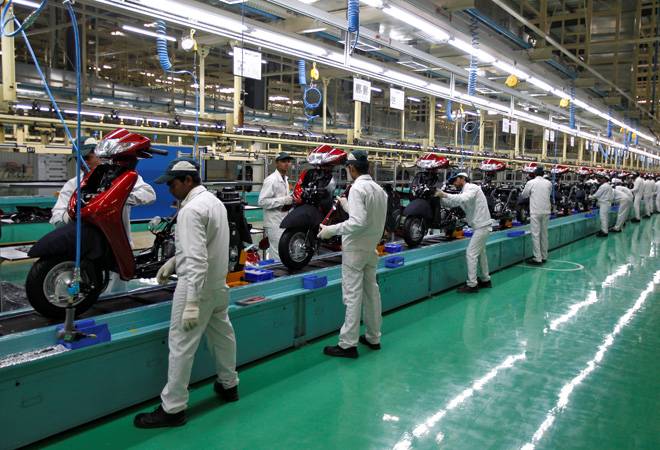 The first quarter GDP estimates for FY 19 released by the government shows that the worst may be over and the disruptive effects of demonetisation and the initial chaotic implementation of Goods and Services Tax (GST) may finally be behind us. The estimates of the first quarter GDP growth are 8.2 per cent - quite a bit higher than the 7.5-7.7 range that many economists had predicted. Of course these are initial estimates based on a limited set of data that is available, and they will be revised later, but even then the numbers would have come as a big relief for the government facing opposition attacks on their track record for the economy.

But a closer look at the details of the GDP estimates shows that some worries remain and whether the 8 per cent plus can be maintained and bettered in the next several quarters will depend both on external factors as well as how well the government can manage its finances.

For one, there was a certain amount of favourable base effect which came into play. "Manufacturing, construction and public administration were the three fastest growing sectors in Q1 FY2019. While the former two sectors benefited from a favourable base effect, which would wane going forward, the extent to which government expenditure can prop up growth in the remaining quarters of FY2019 without contributing to a fiscal slippage, would take a cue from revenue buoyancy," points out Aditi Nayar, principal economist of ICRA in a release.

The problem is that much of the last year's GDP growth has been propped up by high government spending. And this dependency shows even in this quarter's GDP numbers, where defence, administration and other such government spending component in the GDP growth remained high - even on a high base. Private administration, defence and other services grew at 9.9 per cent (GVA at basic price) on the base of 13.5 per cent in the same quarter last year. How far the government can continue spending to keep the GDP growth high without a fiscal slippage - especially if oil prices move higher or rupee keeps falling or both.

The other worry is that services growth remains subdued. Given the importance of services to our economy, the sector needs to fire up if the growth momentum needs to be sustained.

But there are also plenty of things to be optimistic about in the GDP estimates. One, private consumption seems to be very robust and that is good news for an economy that is dependent more on private consumption than on exports. Two, gross fixed capital formation seems to be recovering steadily. Also, some of the growth in the GDP is led by job creating sectors like construction and manufacturing.

"Sustaining GDP growth at over 8% over the next few years would require significant traction in private investments and relentless implementation of reforms to raise productivity. An encouraging development is the slow but steady rise in private consumption spending growth. From 6.7% in Q4FY18, it rose to 8.6% in Q1FY19 -- the highest in six quarters. For private investments to pick up, a strong and sustained revival in household spending is critical," says D K Joshi, chief economist of CRISIL, in his report. 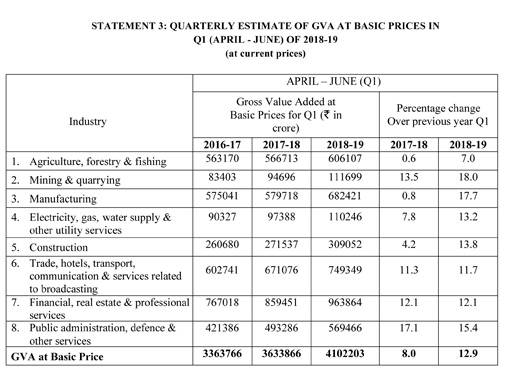