The retail onion prices have shot up to Rs 80 per kg in the national capital due to tight supply despite the government's efforts to keep a lid on prices. 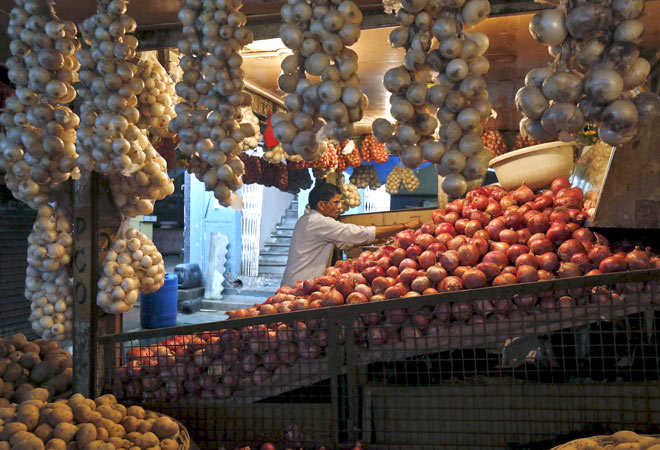 Concerned over spiraling retail onion prices that have hit Rs 80 per kg in the national capital, the Centre has asked the state-owned MMTC to import 10,000 tonnes of the key kitchen staple at the earliest and directed the co-operative NAFED to cancel its tender.

"NAFED could not issue a global e-tender for import of 10,000 tonnes of onions. So, we have asked MMTC to import same quantity of onions as early as possible," a senior Agriculture Ministry official told PTI. "The onion imports would boost domestic supply and check a further spike in prices," the official said.

"MMTC has experience in issuing e-tenders and it would be able to contract onions from overseas markets like Pakistan, Egypt and China," the official explained.

"The National Agricultural Cooperative Marketing Federation (NAFED) had on July 23 floated a normal tender, due to which it did not receive a single response from the global suppliers. It had re-invited the tender last week.

"We have been directed to cancel the tender. We could not issue an e-tender as we do not have the experience. Putting the e-tendering process in place would take at least 20-25 days. So, MMTC was asked to tender," said a NAFED official.

Adding to consumers' woes, the retail onion prices have shot up to Rs 80 per kg in the national capital due to tight supply despite the government's efforts to keep a lid on prices. The retail prices have surged, taking strong cues from the Azadpur wholesale mandi, where onions are available at as high as Rs 48-50 per kg.

Onion prices are hardening due to the fall in output and a sluggish supply of stored onions, which are meant for meeting demand during the lean July-September. Total onion production is estimated to be lower at 189 lakh tonnes in 2014-15 crop year (July-June), slightly lower than 194 lakh tonnes a year ago. Maharashtra, Karnataka and Madhya Pradesh are the top three onion-producing states in the country.