Locusts attack in India: The Agricultural ministry is planning to deploy drones for spraying pesticides. The ministry said it has received permission from the Civil Aviation Ministry for use of drones for locust control 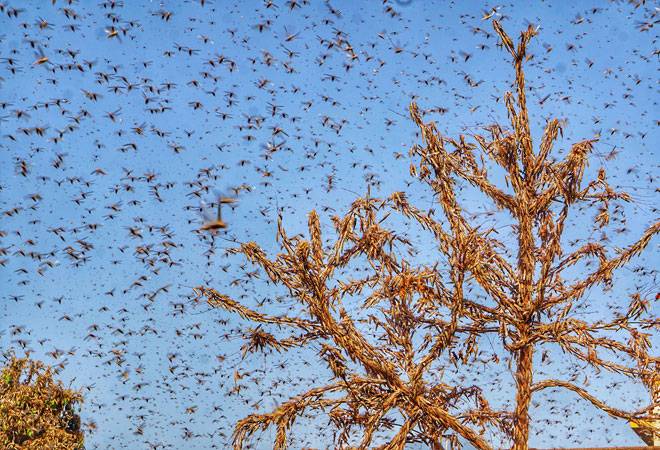 Due to the current wind direction, the swarms of locusts in Maharashtra came from Madhya Pradesh into Amravati district on May 24

Swarms of locusts, which is a type of a species of grasshoppers, entered in three districts of Maharashtra on Wednesday. The locusts flew across Vidarbha's Amravati, Wardha and Nagpur, damaging orange orchards and vegetable farms. The locusts' swarms were spotted descending on orange orchards in Nagpur and on neem trees in Morshi and Warud in Amravati.

The Agricultural ministry is planning to deploy drones for spraying pesticides. The ministry said it has received permission from the Civil Aviation Ministry for use of drones for locust control.

In addition to this, the government has placed an order for buying 60 spraying machines from UK-based company Micron. Also, it has finalised two other firms for supply of drones for aerial spraying of insecticides over tall trees and inaccessible areas. Adequate stock of pesticide Malathion has been maintained at Locust Control Organisations, the agri ministry added.

Total 89 fire brigades for pesticide spray, 120 survey vehicles, 47 control vehicles with spray equipment, and 810 tractors mounted sprayers have been deployed for effective locust control, according to the agri ministry. At present, the Locust Control Offices have 21 Micronair and 26 Ulvamast spray machines for locust control.

Depending on the wind speed, locusts can travel over 150 km in a day in the wind direction during the day. It settles down on nearby vegetation by sunset and consumes every green shoot or crop in the vicinity.