With this partnership, AlphaVector has launched and become the exclusive distributor of KTM bicycles in the Indian market. It also marks AlphaVector's entry into the fast-growing innovation and performance-driven premium segment in India 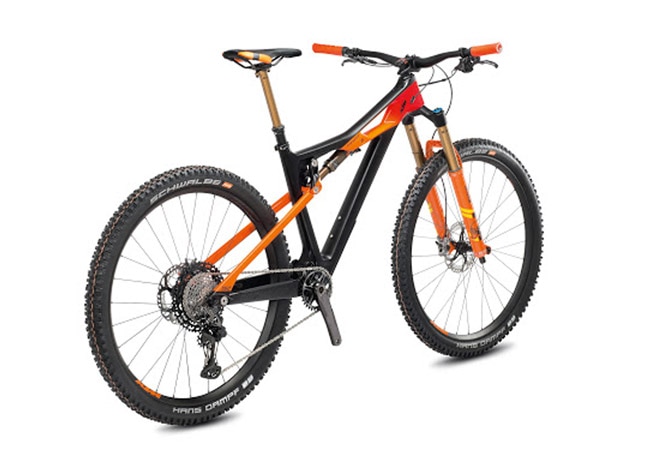 Five-year-old bicycle startup AlphaVector, founded by Wharton graduates Sachin and Vishal Chopra, has ventured into the premium end of the Indian bicycle market with a partnership with European bicycle maker KTM Bike Industries.

With this partnership, AlphaVector has launched and become the exclusive distributor of KTM bicycles in the Indian market. It also marks AlphaVector's entry into the fast-growing innovation and performance-driven premium segment in India. These bicycles priced between the range of Rs 30,000 and Rs 10 lakh, expands AlphaVector's portfolio beyond the recently launched e-bicycle (Meraki priced Rs 30,000) and existing mountain, all-terrain, hybrid, fat-tire bikes in the mass-premium segment that are priced between Rs 5000-23,000.

"Cycling in India has seen a paradigm shift and is evolving at a tremendous pace. The premium segment is witnessing traction with people adopting cycling as a lifestyle especially in the metro cities," said Sachin Chopra, Co-Founder & CEO, AlphaVector India Pvt Ltd. "We are excited to bring KTM bicycles to India to cater to this growing demand and not just deliver unmatched quality and performance but also an exceptional buying and ownership experience."

Sale of bicycles in India has surged this year as consumers have shifted preference towards them in the post pandemic era as a means of keeping fit.

Every year, more than 2.2 million bicycles are sold in India but almost 50 per cent of them are no-frills commuter bicycles that cost less than Rs 2,500. Another 20 per cent is comprised by kid's cycles and the remaining 30 per cent are fancy or performance-oriented bicycles that cost upwards of Rs 5,000 going all the way up to Rs 12 lakh for imported European bicycles. As per the company, about 75 per cent of the demand for the premium segment is expected from metro cities such as Delhi, Mumbai, Bangalore, Chennai, Pune and Hyderabad.

In the five months to September this year, industry volumes have surged by over 50 per cent. The premium segment is growing much faster at nearly 80 per cent.

"The association of AlphaVector and KTM makes for a powerful combination of two pathbreaking brands that will collectively cater to both the leisure bicycle market and the performance bicycle market. Bringing the best of design, ergonomics and innovation, we are certain this association will further the already accelerated adoption of cycling in India," said Ajit Gandhi, Senior Vice President, Bicycle Division

"For 56 years, we bleed orange. KTM Bike Industries keep the highest standard of making bikes and never stop exploring. It's our pleasure to partner with AlphaVector to introduce our prime bike to the Indian market," said Johanna Urkauf  and Stefan Limbrunner, the  managing directors of KTM Bike Industries.

AlphaVector that sells its products under the Frog brand name, is currently present in over 350 cities across India and has a retail network of over 700 stores. It said it has seen its revenue grow by over 2.5 times in this fiscal so far and is targeting an annual revenue of Rs 300 crore next year.

Maruti Suzuki to not manufacture Vitara Brezza at Toyata plant