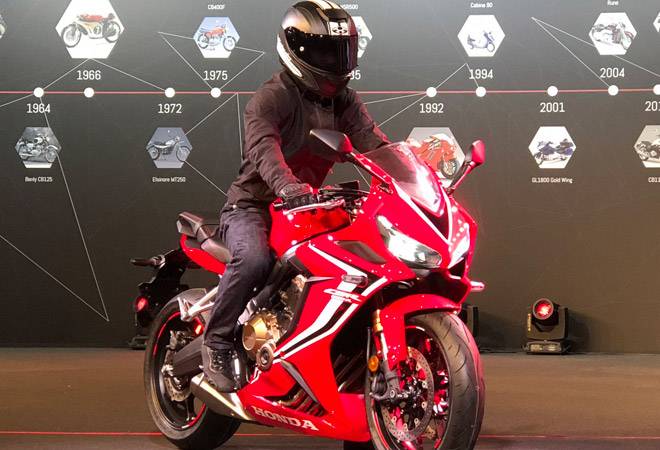 The company plans to launch another model CBR650R with a sportier riding position. The machine comes with in-line four-cylinder engine along with the sculpted looks and honed chassis.

"Out of the 5 models showcased today CBR650R will be launched in India in early 2019," Y S Guleria, Senior Vice President, sales and marketing at Honda Motorcycle and Scooter India Pvt (HMSI).

CB500F, CBR500R and CB500X, for 2019, the company said, have an advanced engine, stronger power and torque between three and seven thousand rpm, and powers the light middleweight trio in upgraded packages with higher specifications and stronger roadster, sport and adventure identities.

RBI Governor Urjit Patel may quit at next board meeting on Nov 19: report