Elaborating on tasks at hand, he said FADA would also work for making auto retail business viable again by taking steps to enhance profitability of the dealer community which has been hit hard by a prolonged slowdown 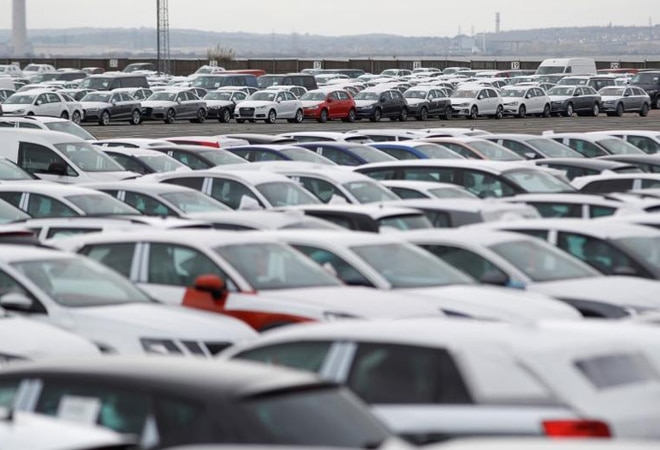 FADA represents around 15,000 auto dealers across the country

Automobile dealers body FADA aims to bring major auto industry bodies together to effectively engage with government regarding various issues plaguing the sector, a top official said. Vinkesh Gulati, in an interview with after taking over as new President of the Federation of Automobile Dealers Associations (FADA), said the move is important to get much needed attention from the government regarding various policy matters and long-standing demands.

Elaborating on tasks at hand, he said FADA would also work for making auto retail business viable again by taking steps to enhance profitability of the dealer community which has been hit hard by a prolonged slowdown.

The industry body, which represents around 15,000 auto dealers across the country, aims to push for increasing dealer margins and collaborate with other retail organisations across verticals to work out a law that protects retailers and dealers.

"We are of the view that auto industry should have a common stand. Practically as of today our voice is not being heard. For the past two-three years, SIAM, ACMA (Automotive Component Manufacturers Association), FADA have been independently trying to go to government for benefits for auto industry. But nothing has happened," Gulati said.

"So we are trying that FADA should take the lead and make all these 5-6 auto organisations come together so that when we go to the government we are actually heard," he added.

As of today, the government doesn't listen to the industry even when the auto industry accounts for over 50 per cent of the manufacturing GDP in the country. Even with such huge impact, there is still no value attached to the industry, he said.

Pointing out issues with the Society of Indian Automobile Manufacturers (SIAM), he said there are only 10-15 members who are active among 60 odd manufacturers in the auto industry body.

"So there are no electric vehicles makers nor there are any premium car makers as members. We are not trying to make it look small, but we are making sure that all should come on one platform and our voice should be heard and if that happens, future can be better for the industry," Gulati said.

The government is aware that auto bodies do not work together and therefore, FADA is trying that whatever communication goes to the government, it is through a common platform, he noted.

Commenting on other priorities, Gulati said the dealers' body expects to be included under MSME fold once again so that the members can get central and state government benefits.

"We will also be working with SIAM and its members to increase dealer margin on vehicle sales. The margins being offered currently in India are among the lowest in the world," he added.

Besides, FADA would like to collaborate with other retail organisations in the country to push for a franchise law which would help in protecting the community when faced with issues like company exiting the business or terminating retailer/dealer agreements, Gulati said.

"This would be beneficial for all including FMCG retailers...such kind of law is prevalent in all the major developed countries," he added.

There is disparity in size and power between individual dealers and manufacturers, franchise law will help to bring level playing field between them, he added.

Currently, any agreement between a retailer and a manufacturer is skewed towards the latter, Gulati noted.

"So if something happens, he cannot go to court and take action. So this (law) is not something which will be over in six months or one year, so will try to speak to other organisations like CII, FICCI and through them try to push for this law," Gulati said.

When asked about FADA's view on auto industry's demand for a cut in GST rate, he said entry level cars and bikes should not be considered luxury items and should have a lower tax.

"Three-wheeler provides employment for a family and it also comes under the 28 per cent GST slab. It is not a luxury product," he noted.

FADA also plans to come out with a two-wheeler vertical which will specifically cater to the segment, Gulati said.

State directors would be appointed for the vertical followed by a national director as well, he added.

Gulati and his team have been elected for a two-year term.