Jeep vs Mahindra: The battle for Thar Down Under 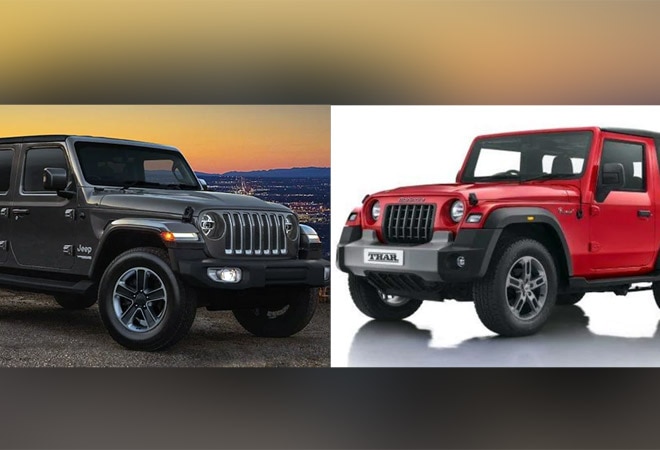 Amidst an intense battle over trademark between Stellantis, the owner of Jeep, and homegrown Mahindra and Mahindra over the design of the latter's Thar, the Indian firm on Friday said it has no plans of launching the Thar in Australia but it will give FCA (Fiat Chrysler Automobiles) three month notice if it plans to do so. Stellantis is a global alliance between fiat Chrysler and Peugeot Citroen group.

A fortnight back, Stellantis moved court in Australia against Mahindra after advertisements of the new Thar appeared in the country making it seem as if the company was getting ready to launch the product there. The Thar does have an uncanny resemblance with Jeep Wrangler and Stellantis believes it infringes on the company's trade dress and trademarks. Mahindra has said the speculation of it launching the Thar in Australia at this time is pointless.

"We're seeing very strong demand for the all-new Thar 2020 in India, therefore have no immediate plans for launch of the current variant of the Thar in markets outside India. As a result, it was pointless to engage in a litigation at this stage," a company spokesperson said. "When we decide to launch any new variant of the Thar in Australia, we will provide 90 days' notice to FCA and take all steps to protect our rights to market and sell the product. This has no bearing on our future plans in Australia as we continue to pursue expansion of our business across a number of vehicle categories."

Once  partners (Mahindra was a licensee for assembling Jeep in India in the 1950s), the two companies have a history of sparring with each other in recent times. Last year, FCA won a lawsuit against Mahindra in the US blocking its plans of importing the Roxor off road vehicle in the market. The company was able to convince lawmakers that Roxor, which was based on the previous generation Thar, was a copy of Jeep Wrangler and infringed on a number of its trademarks. A few months later, as Mahindra launched the Thar in India to rave reviews, Stellantis aired a cheeky TVC titled "The Original" that took a dig at the newly launched vehicle. The company remains steadfast on its stand to block the entry of the Thar in any major market in the world where it has a substantial presence.

"FCA is pleased that Mahindra has conceded and undertaken that they will not import, market or sell the current Thar vehicle in Australia and will provide prior notice to FCA before bringing any future model or variant of the Thar into Australia," Stellantis said in a statement to the media. "This outcome illustrates our commitment to protect the iconic trade dress and trademarks of the Jeep brand here and overseas, and continue to engage the passion our customers and loyal Jeep community in Australia have for these iconic vehicles."

Also Read: Jeep launches 'Made in India' Wrangler at Rs 53.9 lakh; cheaper by Rs 10 lakh thanks to local assembly