Shrinking markets in China as well as India spell lower earnings for many automakers, which have invested heavily in plants and vehicle development in both countries on expectations they would power global auto sales growth for years to come 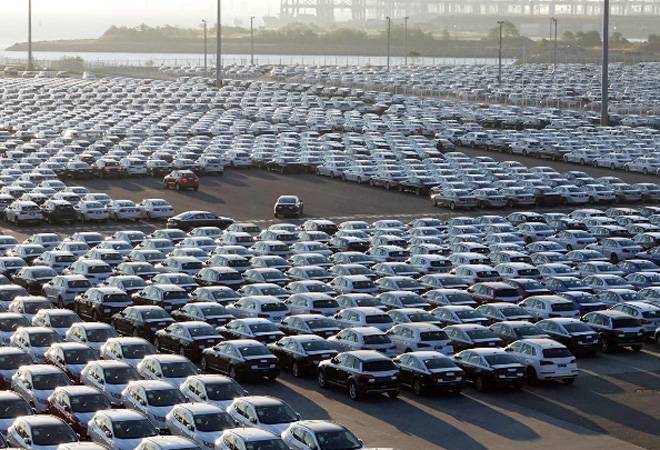 The slumps in sales also come at time when car makers can ill afford them.

Steep drops in auto sales for China and India over recent months are serving as a painful reminder that the world's two most populous markets are not living up to earlier heady expectations. Take China for instance. Former Beijing Automotive Group Co Ltd (BAIC) President Wang Dazong confidently predicted in 2010 that annual sales in the world's biggest car market would hit 40 million vehicles by 2020. More circumspect but still bullish, the Chinese government said two years ago it was targeting 35 million by 2025.

Today, neither prediction gels well with the reality on the ground. Hit by a slowing economy, the U.S.-China trade war and the chaotic implementation of new emission rules, vehicle sales logged a 12th straight month of declines in June. Industry officials and analysts now expect car demand to slide some 5% this year after a 2.8% fall last year to 28.1 million - its first decline since the 1990s.

The slump is exacerbating problems of excess capacity, with factory utilisation rates at China plants for many automakers estimated below break-even point. Last year, Suzuki Motor Corp became the first big foreign car manufacturer to shut up shop in the country. "What we're seeing in China, we're seeing the market increasingly moving towards maturity, it's a case of peaking demand," said a head of China operations at a major global automaker, adding the market was beginning to become cyclical. Like other industry executives, he declined to be quoted by name ahead of second-quarter earnings.

Shrinking markets in China as well as India spell lower earnings for many automakers, which have invested heavily in plants and vehicle development in both countries on expectations they would power global auto sales growth for years to come. The slumps in sales also come at time when car makers can ill afford them. Costs are jumping as the industry strives to meet new emissions standards and develop electric vehicles while wrestling with competition from tech firms in self-driving vehicles as well as from ride-hailing companies.  Auto sales in Asia-Pacific, estimated at around 43-44 million vehicles last year, are expected to fall 2-3.5% this year after declining roughly 1% in 2018, data from IHS Markit and LMC Automotive shows.

While a small bounce back is expected for 2020, they expect sluggish to flat growth for some years to come - one that calls for 'a mindset reset' says May Arthapan, director of Asia-Pacific forecasting at LMC. "We'd better get used to an adjusted view of Asia," she said.

If China's slowdown has had the biggest impact, India has perhaps been the biggest disappointment, failing to live up to hopes it would become Asia's "next China", auto industry executives say. With 1.3 billion people, its population is similar in size to China's but annual vehicle sales stood at 3.3 million in the last financial year to end-March. That's far short of earlier analysts' predictions of more than 5 million by 2020.

Prime Minister Narendra Modi's decision in 2016 to abolish high denomination bank notes in a crackdown on corruption hurt India's informal cash-based economy and with it car sales. Higher taxes and insurance costs have also raised the cost of vehicle ownership. The auto market then took a sharp turn for the worse amid a liquidity crisis in the non-bank financing sector which saw its willingness to extend car loans wither away. Monthly auto sales have tumbled 17-20% since April, exacerbating a slump that has seen sales decline in 11 of the past 12 months.

The downturn has led to cuts in production or temporary plant shutdowns with some automakers taking more drastic measures. General Motors Co stopped selling cars in India at the end of 2017 while Ford Motor Co is looking at folding its India operations into a joint venture, sources told Reuters in April.

But due to its market size, automakers are most concerned about China. In addition to economic and trade headwinds, in big cities across China, including Beijing and Shanghai, there just doesn't seem to be enough space on the roads to cater to more demand. "Who wants to buy a car when the most likely outcome of your new purchase is to be stuck in hopeless traffic," said Yale Zhang, head of Shanghai-based consultancy Automotive Foresight. That has led to a market with fewer winners. Brands with a strong presence and growing sales include Toyota Motor Corp, Honda Motor Co and Mercedes Benz but others have seen painful slides in sales and must deal with excess manufacturing capacity.

According to U.S. consulting firm AlixPartners, 2018 capacity utilisation rates at China assembly plants operated by Hyundai Motor Co, Kia Motors Corp, Fiat Chrysler, Renault SA, PSA Group and Ford were below 50%. Normally, rates of around 70-75% are considered the break-even threshold. Among foreign automakers, PSA and Ford had the lowest rates at just 26% and 24% each. PSA's joint venture partner Dongfeng Group was so concerned about the state of their business that Chairman Zhu Yanfeng last year tried to convince Honda and Nissan to take over one of PSA's China assembly plants, sources with knowledge of the matter said.

The sources declined to be identified as they were not authorised to speak to media on the matter. A Paris-based PSA spokesman said the automaker was working hard to change its China business model and that one option "could be 'capacity rental' to other car-makers." Honda, Nissan and Dongfeng declined to comment. Ford, Hyundai and Kia declined to comment on their China capacity utilisation rates, while Fiat Chrysler did not respond to a request for comment. A Paris-based Renault spokeswoman said the rate estimated by AlixPartners was "skewed" because the automaker is overhauling its product lineup.

Despite the current slump, Zhang notes the China market has much room to grow, estimating there are only 170 vehicles per 1,000 people compared to 550 per 1,000 for Japan and 800 per 1,000 in the United States. It will just take more time than most in the industry would like. "I can still see annual demand rising to 35 million... but that would probably take 10-15 years to achieve," he said.