The Safari is being offered with 6 and 7-seater options and is equipped with features like panoramic sunroof, 8.8-inch floating island infotainment system and a host of safety features such as all disc brakes, electronic parking brake and an advanced ESP with 14 functionalities 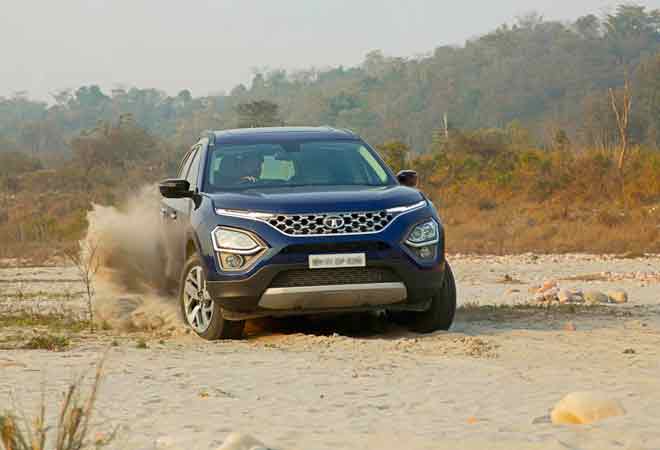 New Safari has a six speed manual and an automatic transmission. It goes head to head with five seater SUVs like the new Jeep Compass and Mahindra XUV5OO

Essentially an extension of the Harrier SUV, which was launched nearly two years ago, the car was initially showcased at the Auto Expo 2020 as the Gravitas but Tata Motors clarified that it was only the codename and the final product was always slated to be named as the Safari. Based on the OMEGARC architecture, which is derived from the renowned D8 platform from Land Rover -- a Tata Motors subsidiary, the car is powered by a 2 litre turbocharged Kyrotech diesel engine that develops a peak power output of 170 PS. It is offered with a six speed manual and an automatic transmission. It goes head to head with five seater SUVs like the new Jeep Compass, which was launched earlier this year, and established seven seaters like the Mahindra XUV5OO. A new version of the latter will be launched later this year.

"The Safari as our new flagship is connecting the aspirations of the discerning and evolved SUV customers. It tops the 'New Forever' range of cars and SUVs launched in 2020 and marks another milestone in Tata Motors' strategic transformation," said Guenter Butschek, MD and CEO, Tata Motors.

"The new Safari is an impressive endorsement of our stated intent of enhancing presence in the faster growing market segments. Its exceptional build quality and premium finish, power and performance augment the brand's iconic legacy and amplify the key traits of the 'New Forever' range -- safety, style, drivability and best-in-class features. We will make the Safari rule the Indian roads once again." 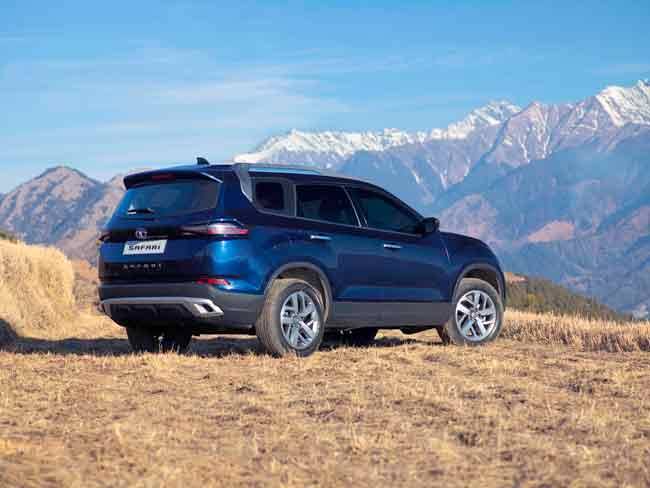 On the back of its new products like the Altroz premium hatchback and SUVs like the Nexon and Harrier, Tata Motors has hit a purple patch in a highly competitive and difficult domestic market, registering strong sales growth over the last 8 months. It has strengthened its position as the third largest passenger vehicle maker in the country -- a long standing ambition, and the addition of the Safari is expected to bolster it further. Later this year, it will also launch another compact SUV, which has been codenamed Hornbill.

"Safari had introduced India to the SUV lifestyle and in its contemporary avatar, the new Safari is in-sync with the multifaceted lifestyles of today's SUV customer. With its plush interiors, state-of-the-art connectivity and premium features, the Safari not just blends in but ups the lifestyle quotient several notches higher," said Shailesh Chandra, President - Passenger Vehicles Business Unit, Tata Motors. "With the introduction of the 'Adventure' persona, customers have more choice to select the Safari that best complements their individual personality to 'Reclaim Your Life'." The Safari is being offered with 6 and 7-seater options and is equipped with features like panoramic sunroof, 8.8-inch floating island infotainment system and a host of safety features such as all disc brakes, electronic parking brake and an advanced ESP with 14 functionalities.

The newly introduced 'Adventure' persona comes with R18 black tinted charcoal grey machined alloys and an all piano black finish in its grille, roof rails inserts, outer door handles along with a Safari mascot placement on the bonnet. On the interiors, the 'Adventure' persona has signature earthy brown interiors, dark chrome interior accents on air vents, knob, switches, inner door handle and instrument cluster along with a piano black interior pack on steering wheel, grab handles, floor console frame and IP mid pad finisher. The SUV is available in nine variants, starting from XE and going up to the XZA+. SUVs have been the fastest growing passenger vehicle segment in the country and Tata Motor's own SUV sales have grown by 20 percent year to date as compared to the same period last year. The company has logged sales of over 23,000 unit sales every month from October 2020. In Q3FY21, the company's PV business posted its highest sales in the last 33 quarters.