So many of these aircraft have been grounded that aircraft are being parked in the parking lot meant for employees' cars. 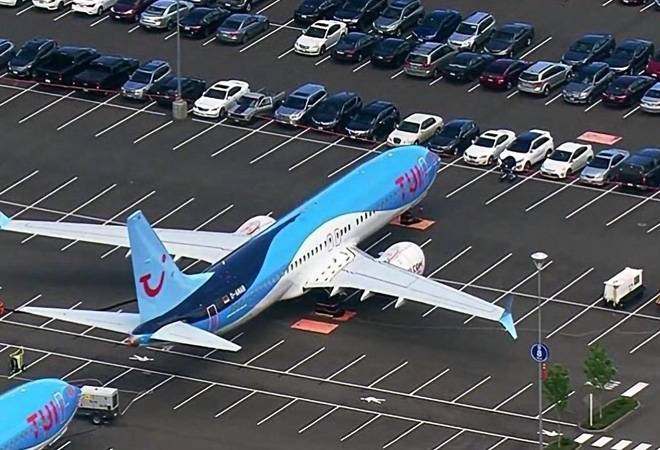 Boeing 737 aircraft have been involved in two of the biggest airline tragedies in recent times - the Ethiopian Airlines crash that killed 157 people earlier this year and the Indonesian airline Lion Air's crash the year before that killed 189 passengers. This led countries across the world to ground all the operating Boeing 737 MAX aircraft.

So many of these aircraft have been grounded that aircraft are being parked in the parking lot meant for employees' cars.

An aerial shot from the company's Renton factory in Washington state has gone viral. One can see a number of aircraft parked in the parking space meant for cars.

Aerial images show the Boeing 737 MAX aircraft parked in the staff car park because there is no more capacity left at the airport. pic.twitter.com/TZ3MKH8rdM

Following the crashes, all aviation authorities across the world decided to suspend the use of Boeing aircraft till the company detects the defects in their airplanes. Around 50 airlines from across the world have grounded the Boeing 737 MAX planes.

As per reports around 100 factory-fresh jets aren't being delivered because of the ban on the aircraft.

The chief executive of Boeing said the company made a "mistake" in handling a problematic cockpit warning system in its 737 Max jets before two crashes of the top-selling plane killed 346 people, and he promised transparency as they try to get the grounded model back in flight. Boeing CEO Dennis Muilenburg told reporters in Paris that Boeing's communication with regulators, customers and the public "was not consistent. And that's unacceptable." "We clearly had a mistake in the implementation of the alert," Muilenburg said. He expressed confidence that the Boeing 737 Max would be cleared to fly again later this year.