GoAir's engine woes: Airline to suspend some flights over delay in deliveries from Airbus, P&W

In November and December too, the airline had cancelled dozens of flights due to delay in aircraft deliveries and non-availability of engines 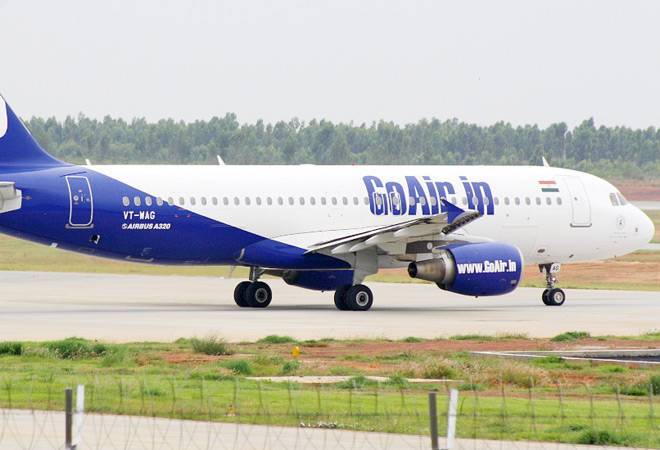 Low-cost airline GoAir has said it is suspending some flights due to Airbus and Pratt & Whitney deferring delivery of planes and engines, respectively. "We (GoAir) have been informed by our business partners Airbus and Pratt & Whitney of their inability to deliver previously promised aircraft and engines through March 9, 2020," said the airline, adding that it had been forced to suspend certain flights "temporarily".

Some scheduled flights as well as those for which ticket sales were open would be affected, the carrier said. However, specific details about the number of flights that would be impacted were not disclosed.

which were supporting our current operation of the fleet. And now, we have been informed by our business partners Airbus and Pratt & Whitney of their inability to deliver previously promised aircraft and engines through 9th March 2020 {5/11}

"We have undertaken these suspensions as far ahead of time as possible in order to minimise," the airline clarified. Regretting the inconvenience its flight suspensions might cause, the airline said it hoped - with support of Airbus and Pratt & Whitney - to reinstate these flights and operate at the earliest. "GoAir remains on track to receive 12-15 aircraft each year through the end of 2025 in support of our planned growth," it said.

On the back of a firm order for 144 A320neo aircraft, the business plan articulates a continued double-digit growth through 2025, it added.

In November and December too, the airline had cancelled dozens of flights due to delay in aircraft deliveries and non-availability of engines. A320 neos in its fleet have also been facing engine problems. In the last four weeks, the carrier said, it has gone through unplanned grounding of aircraft, which were supporting its current operation of fleet.

Currently, the airline operates more than 325 daily flights and has around 60 planes in its fleet. The airline flies to 36 destinations, including nine overseas cities. "We would like to assure our customers and partners that our currently published schedule incorporates a conservative view of aircraft and engine deliveries as provided by Airbus and Pratt & Whitney to minimise, or eliminate, the need for flight cancellations in the future," the airline added.