The DGCA had banned Boeing's Max 737 planes in March this year; the ban hit SpiceJet hard as its fleet of 13 Max 737 planes was operating till the DGCA's new order came in 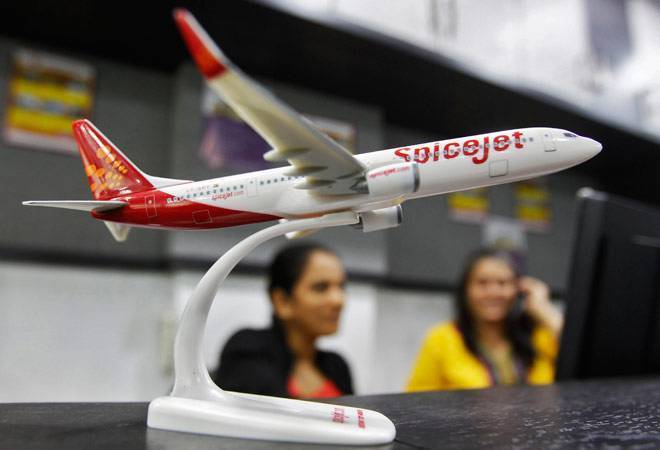 SpiceJet Chairman Ajay Singh says Airbus is pushing the company hard ever since the problems with Boeing planes began around a year ago.

SpiceJet is planning to buy around 100 Airbus planes as uncertainty over its Boeing Co's grounded 737 Max planes persists. India's largest airline, which has thirteen 737 Max jets in its fleet, could go for Boeing rival Airbus' A321 LR and XLR aircraft. SpiceJet Chairman Ajay Singh, in an interview with Bloomberg, said Airbus was pushing the company hard ever since the problems with Boeing planes began around a year ago. Though he maintained that no final decision had been taken in this regard, he said SpiceJet could consider buying a midrange jetliner from Boeing.

"Airbus has pushed us hard since the day we started flying Boeing aircraft, and of course with the current problems, they've pushed us harder...they have made us a commercial offer and we are evaluating it," Singh told Bloomberg. Singh didn't explain the size of the potential deal with Airbus but confirmed that any aircraft order that SpiceJet would place in future wouldn't be less than 100 aircraft, a deal that could fetch any of these two companies a $13 billion deal, the report claims.

However, Singh feels the decision to move away from Boeing won't be an easy one. Singh said the company's entire infrastructure was built around Boeing, and that it would take the final call only if the problem with 737 Max planes was not addressed. "It's not the easiest thing in the world to do, of course -- our entire infrastructure is geared for a Boeing fleet -- but if this takes too long, we may not have too much of a choice," he said.

India had joined several countries grounding Boeing 737 MAX 8 planes following two deadly plane crashes killing 346 people in five months, both involving this aircraft model, in March. In India, the ban hit SpiceJet hard as its fleet of 13 Max 737 planes was operating till the DGCA's new order came in. Jet Airways was the other airline, which had 737 Max planes, but all of them were previously grounded due to the airline's financial troubles.

Boeing is claiming that the US aviation regulator could certify its plane again in November, but its induction into SpiceJet could be delayed further as the DGCA will also conduct its checks before giving the final approval. From an airline facing severe financial troubles in 2005 to India's second-largest airline with a fleet of about 100 planes -- Singh-led SpiceJet has come a long way.

The airline's commercial success is going to get sweeter soon as its logistics arm, SpiceXpress, plans to file an initial public offering (IPO) in the next one year. While talking to Bloomberg, Singh said there were few logistics players in India, and that SpiceXpress had an opportunity to expand. Notably, SpiceXpress and Blue Dart Express are the only two major cargo services in India.