These coders from Indian companies, many of them college graduates, were allegedly given the task of writing codes for complex specifications set by Boeing; the company says it never relied on them for the development of the MACS; HCL, Cyient also refute the claim 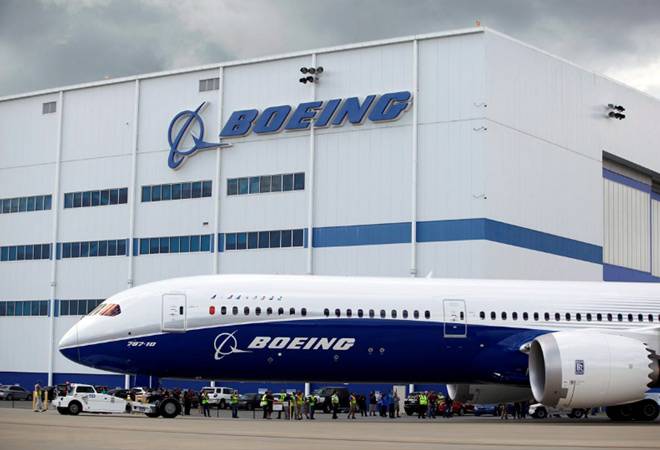 After two major airline crashes and several restrictions imposed by the United States aviation regulators on Boeing, faults are being blamed on "temporary" Indian engineers, claiming the 737 Max software was outsourced to engineers from Indian companies HCL and Cyient Ltd. Boeing, however, has refuted the allegation, saying it did not rely on engineers from these companies for the Maneuvering Characteristics Augmentation (MCA) System, a fault in which allegedly caused Lion Air crash in October 2018 and the Ethiopian Airlines disaster in March. Boeing has also denied involving these engineers for addressing cockpit warning light issue, which was revealed after these crashes. As many as 356 people were killed in these two crashes.

A report published in Bloomberg has said the iconic American planemaker and its subcontractors relied heavily on temporary workers from India, which earned as low as Rs 620 per hour ($9/hour). The company, which bagged its biggest ever contract worth $22 billion from SpiceJet Ltd in 2017, reportedly outsourced work to several employees of HCL at its Seattle Boeing Field office in the US. It was reportedly working in partnership with HCL and Cyient since 2010-11.

These coders, many of them college graduates, were given the task of writing codes for complex specifications set by Boeing. "It was controversial because it was far less efficient than Boeing engineers just writing the code," Mark Rabin, a former Boeing software engineer, told Bloomberg. He said this resulted in a lot of "going back and forth" due to incorrect codes. Boeing had fired several senior engineers from the company as it no longer needed them because it felt Boeing's products were mature, he claimed.

The engineers who worked on the Max projected -- developed to beat rival company Airbus' SE plane --  also faced "pressure" from the senior management, which directed to them limit changes that could have caused a delay in its launch, said the report. It also claims to have seen resumes of HCL and Cyient engineers who said they worked on the project that developed Max's flight-display software and flight-test equipment. In one such resume posted on social media, an HCL employee reportedly claimed he "provided a quick workaround to resolve production issue which resulted in not delaying flight test of 737-Max".

Boeing's association with HCL and Cyient dates back to early 2000 when cockpit electronics maker Rockwell Collins started outsourcing work to HCL. In 2010, Boeing also partnered with HCL to "create software critical for flight test". The next year in 2011, it announced to work with Cyient Ltd for design, stress analysis and software development of 787 and 747-8 planes. A major reason to outsource work to Indian tech companies was contract obligations. For example, Boeing in 2005 grabbed $11 billion order from Air India, and in return, it promised to invest $1.7 billion in Indian tech companies.

Meanwhile, the company said its "focus is on always ensuring that our products and services are safe, of the highest quality and comply with all applicable regulations." Indian IT services giant HCL also told Bloomberg it would not comment on "specific work" it did for Boeing. Cyient also refuted the claim that it was involved in the development of the Boeing 737 MAX MCAS or the cockpit warning light. "Cyient takes immense pride in our association with Boeing and look forward to growing our partnership across engineering, design and manufacturing across various platforms," the company said.

Even though Boeing had recently claimed that it had upgraded MCA System, the US Federal Aviation Administration this week found a new problem with 737 Max, and asked the company to address the issue at the earliest. Though there is no clarity whether it was a software-based issue or a complex hardware problem but this has certainly delayed the approval of 737 Max jet. Following the two major airline crashes, aviation authorities across the world had decided to suspend the use of Boeing aircraft till the company detects the defects and addresses them.