A joint venture between Tatas and Singapore Airlines, Vistara might also look at starting medium and long-haul flights, depending on approvals, amid the grounding of Jet Airways 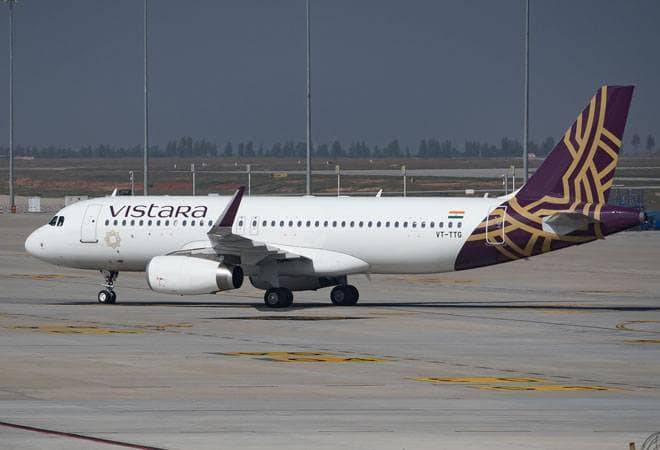 Full service carrier Vistara, which has been serving the Indian skies for more than four years, plans to launch international services in the second half of this year.

A joint venture between Tatas and Singapore Airlines, Vistara might also look at starting medium and long-haul flights, depending on approvals, amid the grounding of Jet Airways.

"We see India as a growing market. We are here for the long term," Vistara CEO Leslie Thng said on the sidelines of the annual general meeting of airlines' grouping IATA on Sunday.

Without providing specific details, he said the airline plans to start international operations in the second half of 2019.

It had planned to launch overseas flights in the first half of this year.

Currently, Vistara has more than 22 planes and operates around 850 flights every week.

Last month, the carrier announced it would take on lease four Boeing 737-800 NG aircraft and two A320 neo planes.

In 2018, Vistara placed its order for purchased and leased aircraft totalling 50 from the Airbus A320neo family, including A321neos.

These would be for domestic as well as short and medium-haul international operations, with deliveries scheduled between 2019 and 2023.

Further, the carrier has bought six Boeing 787-9 Dreamliner aircraft that are scheduled to be delivered between 2020 and 2021. These would operate long-haul international operations.

Thng said, Vistara can start short-haul flights but would need more time for long-haul ones.

"If we do get the necessary rights, we do have a plan in place on how do we plan to operationalise it but I will not be able to share too much detail...," he said.

According to him, the airline would look at options to deploy the right type of aircraft provided it gets the necessary flying rights.

When asked about possibility of advancing deliveries of planes, Thng did not offer any comment. He said the airline is always talking to aircraft manufacturers on various issues.

The grounding of Jet Airways in April has resulted in significant capacity reduction in the domestic market.