What is 'Mayday call' that's landed Vistara pilot in trouble?

The Vistara flight could only have managed 10 more minutes in the air before exhausting its reserves. The flight apparently had only 300 kg of fuel left when it landed at the Lucknow airport. 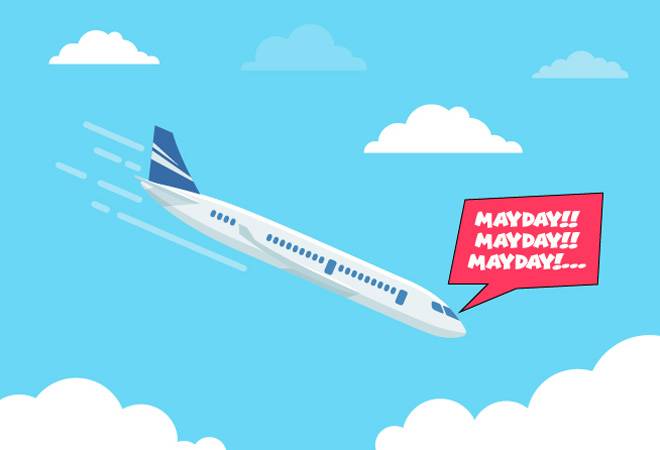 What is Mayday call?

Aviation regulator DGCA has grounded a Vistara pilot who issued a 'Mayday' distress call due to low fuel near Lucknow airport. The Vistara flight was en route from Mumbai to Delhi on Monday. A senior Vistara official confirmed that the pilot who was operating Vistara's flight UK944 was de-rostered, as per instructions of the DGCA.

What is a Mayday call?

A Mayday call is a distress signal used during emergency procedures. It indicates life-threatening emergency especially by aviators and mariners. However, fire-fighters and police forces also use them.

How is a Mayday call used?

In times of emergency, the call is issued three times in a row - 'Mayday Mayday Mayday'. This is done so as to distinguish this from similar sounding phrases as well as noisy environment. This call also distinguishes a Mayday distress call from a message 'about' a Mayday call.

The prescribed format encouraged by the Federal Aviation Administration in the US is as follows: Mayday Mayday Mayday; station addressed; aircraft call sign and type; kind of emergency; weather; pilot's request; current position and heading; altitude; fuel remaining in minutes; number of people onboard; other information.

How and when did Mayday call originate?

The Mayday distress call was coined in 1921 by senior radio officer, Frederick Stanley Mockford in London. He was asked to come up with a phrase that would indicate a situation of distress and emergency and could be well understood by pilots and ground staff.

He came up with the word Mayday from the French word m'aider, meaning 'help me'.

Before Mayday became the norm, SOS and Morse code was used for the same purpose.

What happens if radio is not available for Mayday call?

There are other backups too. There is a variety of distress signals that can be used. The pilot could also go for a Mayday relay in which a Mayday call can be sent by an aircraft on behalf of another aircraft or vessel.

Making a false Mayday call is a criminal offence in many countries.

Following the Mayday call by the Vistara pilot, a company spokesperson said, "Flight UK944 operating Mumbai-Delhi on July 15, 2019, initiated a diversion to Lucknow due to bad weather over Delhi. However, over Lucknow, the visibility suddenly dropped and a safe landing was not possible. The crew then considered alternative airfields, including Kanpur and Prayagraj to land in comparatively better weather condition". The Lucknow Air Traffic Control informed the crew that the weather in Lucknow had improved, after which the pilot decided to return to the city.

The pilot issued a Mayday call to indicate the seriousness of their situation as the aircraft was running very low on fuel. According to reports the flight could only have managed 10 more minutes in the air before exhausting its reserves. The flight apparently had only 300 kg of fuel left when it landed at the Lucknow airport.