Fitch has downgraded Delhi Airport because of the sharp drop in footfall on the back of pandemic-induced travel restrictions, weaker earnings, and net debt-EBITDAR ratio increasing to 10 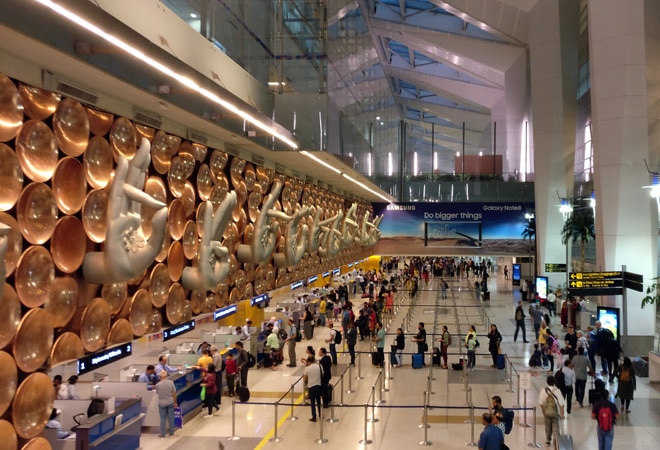 First it was S&P Global Ratings in November, and now Fitch Ratings, the Delhi International Airport Limited (DIAL) has received two rating downgrades in less than three months. In the case of Fitch Ratings, the downgrade happened because of the sharp drop in footfall at the Delhi Airport last year due to stringent travel restrictions imposed as a result of pandemic, weaker earnings, and net debt/EBITDAR (earnings before interest, taxes, depreciation, amortisation, and restructuring or rent costs) ratio increasing to 10.

"Although the pandemic has reduced passenger travel, infection rates in India have stabilised and a domestic air traffic recovery is underway. However, the negative outlook reflects the risk of an increase in infection rates that will lead to re-imposition of travel restrictions. Fitch's rating case does not assume annual fee payment to Airports Authority of India (AAI) from the fourth quarter of FY21 till end-FY22. Any unfavourable arbitration order could also put significant pressure on the ratings," Fitch said.

In December, DIAL, the largest airport in the country in terms of passenger traffic, had approached Delhi High Court to suspend monthly fees - part of the 2006 agreement between DIAL an AAI under which DIAL is required to pay 45.99 per cent of its annual revenue as concession fees to AAI - by invoking force majeure in the pandemic. The Court provided relief to DIAL by granting interim stay, which essentially means that the DIAL doesn't have to make payments to AAI until an arbitration tribunal makes a decision on the matter.

"We believe DIAL's weakened profitability due to lower passenger traffic and high fixed costs are exacerbated by the company's high 46 per cent revenue share with AAI. However, persistent delays in DIAL's CPD makes it difficult for the company to manage its cost base as effectively as peers in periods of downturn. In comparison, GMR Hyderabad International Airport Ltd, which operates with just a 4 per cent revenue share that is recoverable under its tariff, is not exposed to the same weakness in profitability, despite its own tariff cuts and weaker traffic," S&P had said.

ALSO READ: Flying out of Delhi to be costlier from Feb; here's why

As per Fitch, DIAL handled some 67 million passengers in FY20 with transit passengers making up only about 20 per cent of total traffic. The growth of the airport is driven by India's favourable demographics and local consumers' increasing propensity to fly. "We expect passenger travel to recover once the economy rebounds in the medium term, following a sharp drop due to the pandemic... the recovery in traffic volumes to be prolonged," Fitch said.

Govt to allocate Rs 7,500 cr for IT hardware manufacturing under PLI scheme