Bank strike: Services take a hit; branches back to normal from Thursday

Some private sector banks including ICICI Bank, HDFC Bank and Axis Bank were functioning on Wednesday, while others such as Federal Bank, South Indian Bank and Karur Vysya Bank were closed. 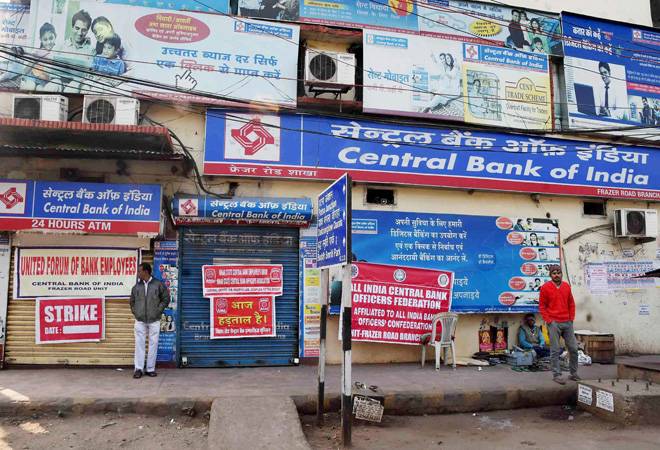 Banking operations were impacted due to a day-long nationwide strike called by all unions to protest the proposed amalgamation of Vijaya Bank and Dena Bank with Bank of Baroda.

However, banking operations would be restored from Thursday onwards.

Some private sector banks including ICICI Bank, HDFC Bank and Axis Bank were functioning on Wednesday, while others such as Federal Bank, South Indian Bank and Karur Vysya Bank were closed.

This was second bank strike in less than a week.

On December 21, an officers' union of state-run banks observed a day-long strike to protest the merger and also demanded immediate settlement of wage negotiations. Banks worked on Monday (December 24).

As a result, ATMs had gone dry at many parts of the country and the cheque clearances were held up including that of private sector lenders.

AIBOC General Secretary Soumya Datta said instead of attempting misadventure like mergers/amalgamations, the government should focus on identifying the reasons for the present NPA menace in the banks.

There is no evidence that bigger banks are stronger and more efficient, AIBEA General Secretary C H Venkatachalam said.

The world has witnessed the collapse of entities like Lehman Brothers, he said, adding that mergers do not result in improved quality of assets or the financials as there is no fresh infusion of capital.

In Maharashtra, Goa and Gujarat, cheques worth Rs 2 lakh crore were held up, a union official claimed.

As per reports from Indore, services at about 7,000 branches of state-owned banks were impacted in Madhya Pradesh due to the strike.

Senior bankers, however, claimed that most operations were normal.

"We had deployed senior officials at all cheque-clearing centres so that our customers are not affected. All other operations like treasury were also functioning," said a senior official from a state-run bank.

Unions are claiming that the proposed merger is not in the interest of the banks or their customers, but is detrimental to both.

In September, the government announced the merger of Vijaya Bank and Dena Bank with Bank of Baroda. The merged entity will have a combined business of Rs 14.82 lakh crore, making it the third-largest bank after State Bank of India and HDFC Bank.