Over the last decade, the Rs 152 lakh crore banking industry witnessed four big mergers - two each in the public and private banking space. 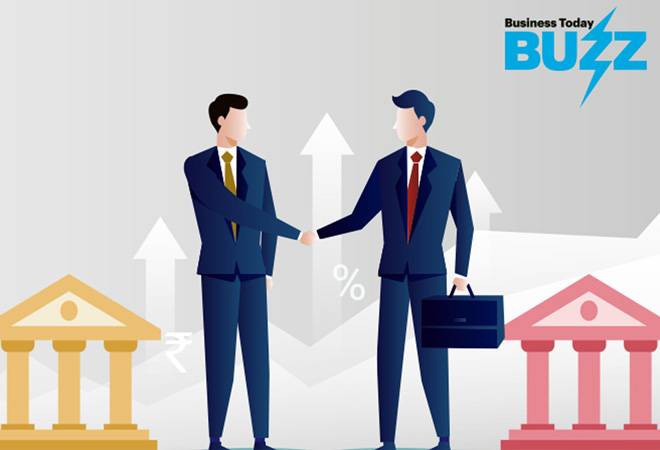 Over the last five years, the retail banking is growing at double digits whereas corporate banking growth is muted.

Big mergers always attract wide attention from all stakeholders from customers, employees to investors for synergies, economies of scale and maintaining the market leadership. Over the last decade, the Rs 152 lakh crore banking industry witnessed four big mergers - two each in the public and private banking space. The merger objective ranged from access to new market, larger network of branches, more cohesiveness in decision-making and better utilisation of capital. Take, for example, the merger of State Bank of India with its five associate banks that created a much larger entity for better management. Similarly, the three-way merger of Bank of Baroda, Vijaya Bank and Dena Bank has given a better platform to mid-sized banks to tap future opportunities. Similarly, the merger of HDFC Bank with Centurion Bank and that of Kotak Bank with ING Vysya Bank gave acquirers not only access to huge branches but also customer relationships in new geographies.

Clearly, the operating environment has been quite challenging over the last decade post the Lehman crisis. Similarly, the banking industry is also hit by a disruption from fintech start-ups and digitisation of the operating model across all levels. Over the last five years, the retail banking is growing at double digits whereas corporate banking growth is muted. The past four mergers should be seen in this context.

Also read: Bank mergers: As FM Sitharaman promises smooth transition, here's what it means for customers of these 10 banks

Let's take a journey down the lane to see how these mergers have been shaping up:

The most recent massive consolidation drive among public sector banks (PSBs) was the merger of BoB, Vijaya Bank and Dena Bank. While these are early days, the finance minister Nirmala Sitharaman cited the BoB merger as the success story for kick-starting mega mergers in the PSB universe, which controls two-third of the banking in terms of deposits and advances. The 27-odd PSBs will soon have half a dozen large banks, two national banks and four regional banks. The finance minister's presentation had two charts on BoB merger, which talked about strong retail growth and enhanced profitability post merger by taking first quarter (April-June) performance of 2019-20. In any merger, the first few years go into integration, rationalisation and optimisation of operations. The BoB merger was different in many ways. First, the BoB had been going through a transformation over the last four years. The bank was picked up for experiment by handing it over to top notch outside professionals. The ex-Citibank executive P S Jayakumar as CEO and ex-Chairman of Microsoft India Ravi Venkatesh completely transformed the state-owned bank in terms of digitisation, processing fintech tie-ups, new products and new lateral talent. The bank was making big strides on every front before the merger was announced in September last year. One way it was easy for BoB with balance sheet size of Rs 7.80 lakh crore to absorb two mid-sized banks with assets of Rs 3 lakh crore. The immediate setback to the merged entity came on the capital front because of weak capital base of acquired entities. Take, for instance, the pre-merger (March 31, 2019) capital adequacy ratio of BoB was 13.42 per cent, which weakened to 11.77 per cent post merger (April 01, 2019). In the first quarter of 2018/20, the capital adequacy has gone down further to 11.50 per cent. In the same period, the core equity or tier-I capital has also moved from 10.38 per cent pre-merger to 8.63 per cent post merger and 8.49 per cent as on June 30, 2019. The asset quality deterioration due to issues in the financial system and economic slowdown is also responsible. Yet another parameter that got negatively hit is the share of low cost deposits or current and savings account (CASA). The CASA, which is important for better margins and playing the interest game in the market has plunged from 40.23 per cent pre-merger to 37.25 per cent post merger. CASA stood at 36.55 per cent as on June 30, 2019. The impact on CASA also shows up in the net interest margin (NIM). The NIM, the difference between interest earned on home, car and other loan assets and interest paid to depositors, has fallen from 2.93 per cent pre-merger to 2.84 per cent post merger. NIM further went down to 2.73 per cent as on June 2019. Apart from the merger gains highlighted by the finance minister, the merged entity is able to keep a check on the cost-to-income ratio and asset quality deterioration. But it is too early to arrive at any conclusion on the merger's gains and losses.

SBI and five associate banks: Cost and profitability getting impacted

SBI had seven associate banks focussed on various geographies. The merger process of associate banks started a decade ago when State Bank of Indore merged with SBI. Two years later in 2010, State Bank of Saurashtra was also merged with the parent. The merger process didn't go further until the BJP-led NDA-I took over the reins. They went ahead with the bold step of merging the remaining five associate banks and Bharatiya Mahila Bank in 2017. The merger brought additional assets of Rs 7.49 lakh crore to the SBI's balance sheet of Rs 27.05 lakh crore. This was the first mega consolidation exercise in the PSB space. The SBI and BoB-led mergers gave confidence to the government to create few large PSBs. But it is also a fact that the merger of SBI with associate banks was relatively easier thanks to many commonalities that parent and associate banks shared. In terms of performance, the SBI was clearly a winner with better performance ratios. Take, for instance, the immediate casualty of the merger was net interest margins (NIMs) that crashed from 3.11 per cent pre-merger (March 31, 2017) to 2.90 per cent post merger (April 01, 2017). NIMs are still struggling at 2.95 per cent after two years of completion of the merger. Similarly, yields on advances, which measure the average lending rate of the entire asset portfolio fell from 9.42 per cent pre-merger to 9.31 per cent post merger. The yields are now down to 8.49 per cent in 2018-19. These ratios certainly get influenced by slowdown in the economy and the risk perception cost of funds, but the benefits of merger in terms of NIMs and yields on advances are currently not visible.

The big dent on the SBI post merger was on the cost front. While the optimisation of costs and maximization of revenues are key consideration in any merger, in banking, the cost to income is considered a key parameter indicating the best use of branches and products. The cost to income actually went up from 47.75 per cent pre-merger to 49.45 per cent post merger. This ratio has jumped to 55.70 per cent in 2018-19. This is despite branch rationalisation and digitisation of processes. Private sector ICICI Bank has a cost to income ratio of 39 per cent whereas HDBC Bank has its ratio at 41 per cent. In a competitive banking space with new tech savvy payments and small finance banks, a better cost-to-income ratio gives a competitive edge.

The merger of two private banks - Kotak Mahindra Bank and ING Vysya Bank - was probably the first big merger in the mid-sized category. Kotak Bank had a balance sheet size of Rs 1 lakh crore while Karnataka-based ING Vysya brought in Rs 60,000 crore assets to the merged entity. The balance sheet size has grown to over Rs 3 lakh crore. The merger has completed five years, a good enough period to assess the impact. One of the objectives that all stock-deal merger served was to help promoter Uday Kotak reduce his stake to 33.91 per cent. Kotak is still struggling to further pare down his stake to 20 per cent as per RBI's promoter shareholding norms, though he claimed to have achieved the reduced holding by way of perpetual preference shares. The matter is in court.

The merger with ING Vysya gave Kotak a huge network of branches in South India. The merger also brought new clients especially SME and MNC customers and forex and trade. Over the last 5 years, the combined entity has seen big gains in mobilising low cost deposits or CASA. The CASA ratio has improved from 36 per cent in 2014-15 to 52 per cent in 2018-19. This is the highest in the industry as most banks are in the region of 40-50 per cent. The merger gains are also visible in the productivity of employees and branches. Take, for instance, the profit per employee fell from Rs 10.36 lakh in 2014-15 to Rs 6.65 lakh the very next year. However, profit per employee is back at pre merger level of Rs 11.65 lakh in 2018-19. Similarly, the profit per branch declined from Rs 2.7 crore to 1.5 crore after first year of merger, but recouped gains over the next five years. The profit per branch is at Rs 3.2 crore in 2018-19. The merger gains are quite visible in Kotak's case and a lot of credit goes to the leadership of Uday Kotak.

The merger of Centurion Bank of Punjab with country's best run bank HDFC Bank was the largest and most complex merger in those days. It was complex because new generation Centurion Bank itself came into being by merging two old private sector banks - Bank of Punjab and Thrissur-based Lord Krishna Bank. In terms of balance sheet, Centurion Bank brought Rs 68,000crore of assets to HDFC Bank's Rs 1.05 lakh crore balance sheet. The biggest strategic fit was the branches in North and South of India. Initially, investors were apprehensive about the quality  of asset portfolio of the Centurion Bank , but it didn't show any signs of deterioration. Take. for instance, the gross NPAs moved up marginally from 0.7 per cent to 1.1 per cent post merger but it remained below 1 per cent till today. At a time when the entire banking industry is witnessing huge asset quality deterioration, the HDFC Bank has the best asset quality. The bank always focussed on risk-adjusted returns and never chased high returns or market share at the cost of profitability. The bank utilised the strategic branch network of Centurion Bank to its advantage. There are also huge productivity gains. Take, for instance, the profit per employee was stagnated at Rs 4.20-4.25 lakh at the time of the merger, which has now shot up to Rs 214 lakh. Similarly, the profit per branch, which was at Rs 2 crore per branch pre-merger and Rs 1.5 crore post merger has jumped to Rs 4.13 crore. Investor apprehension was quite visible on the bank's market price-to-book value, which fell from 4.07 times of book value during pre-merger days to 2.81 times immediately after the merger. The price-to-book is now back at level 4.

Clearly, key to a successful merger is the leadership, utilising the network of the branches and product segments to the maximum where the merging entity is strong and following the prudent business practices. The government  and the current leadership at PSBs should take a leaf out of the successful integration of two large private banks - HDFC Bank and Centurion Bank.