Of this, the maximum 2,568 branches of the SBI were affected due to merger or closure in the last five financial years 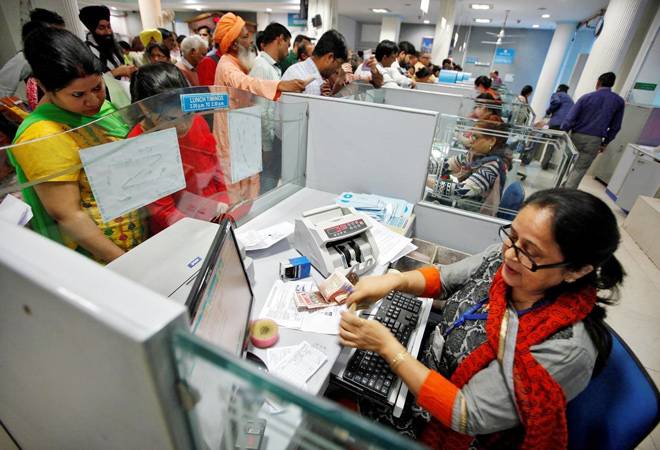 Over 3,400 branches of 26 public sector banks (PSBs) have been either closed or merged during the last five financial years due to merger under the consolidation exercise in the banking space, revealed an RTI query.

Of this, 75 per cent of the affected branches belong to the country's biggest lender State Bank of India (SBI).

The RTI information came out at a time when the Centre is planning to consolidate 10 PSBs into four mega state-owned lenders.

According to RTI reply, the maximum 2,568 branches of the SBI were affected due to merger or closure in the last five financial years.

In addition, the merger of Vijaya Bank and Dena Bank with Bank of Baroda came into effect from April 1 this year.

Meanwhile, employee organizations of public banks have opposed to the government's new plan to consolidate the banking space.

All India Bank Employees' Association (AIBEA) General Secretary C H Venkatachalam told PTI that at least 7,000 branches of these banks likely to be affected, if the government forms four big banks by out of the ten state-owned banks in the country.

Most of these affected branches will be from the metros and cities.

Venkatachalam expressed apprehensions that the proposed merger would decline the business of the PSBs concerned.

It is generally seen that customers stop banking with the branch, once it was closed or merged with another one.

However, economist Jayantilal Bhandari said that merger of PSBs is the need of the hour.

"The state exchequer will benefit after creation of big banks by merging smaller public sector banks.

In addition, the large state-run banks will be able to distribute relatively more loans to the common people due to their strong financial condition, which will spur the economic growth in the country," he said.

Also read: PNB, UBI, OBC merger: Outside expert may be roped in to decide logo of new entity

IndiGo servers down, flights likely to be delayed