Reiterating his earlier statement on fears around the RBI ban on cash withdrawals, SBI Chairman Rajnish Kumar says the depositors' money is not at risk at all 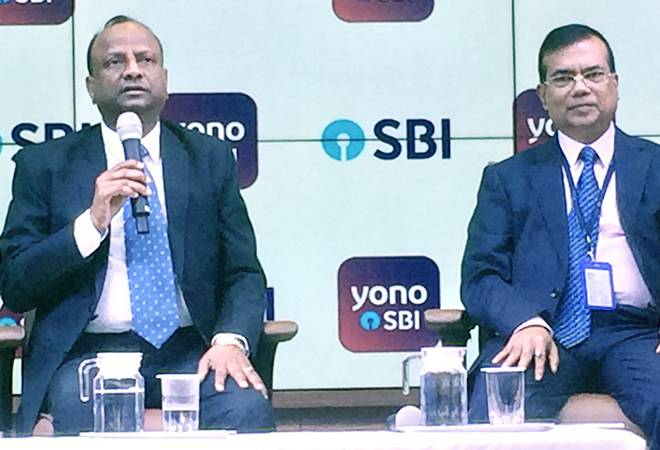 State Bank of India Chairman Rajnish Kumar, during a press briefing on Saturday, said YES Bank restructuring plan had been received by the state-owned lender and that its legal team was working on it. He also added its total quantum of investment in YES Bank would be Rs 2,450 crore. Reiterating his earlier statement on fears around the RBI ban on cash withdrawals, Kumar said the depositors' money was not at risk at all.

The Reserve Bank of India on Friday announced a reconstructing scheme for the revival of YES Bank. It said that State Bank of India had expressed interest to invest in the troubled bank and participate in the reconstruction scheme, adding the investor bank or SBI would invest in the equity of YES Bank to the extent that it would hold 49 per cent shareholding post the infusion.

On potential investors, Kumar said that SBI was looking at company investors - anyone who wanted to go beyond 5 per cent. "...There're certain regulatory norms but there's considerable investor interest for YES Bank," he added. He added that investors had reached out to the lender and its investment team is holding discussions with them. He added that after consultation with the RBI, the SBI will may present plan to RBI. "...but first, we have to wait for the draft which will then to go to the RBI board," he added.

The SBI Chairman assured the lender's plan would be approved and implemented before the RBI deadline of one month. "It's matter of few days...depositors should not worry about safety of their money," he said. He also said that the bank's capital adequacy ratio would not be affected due to investment in YES Bank. "So, our shareholders shouldn't worry," he added, explaining the bank wanted to invest in the cash-strapped lender because "we will get good returns".

He said the failure of any banking institution had huge consequences and that the SBI standing behind it makes a difference. "Any enterprise, irrespective of ownership, is a national asset," he clarified, adding that as the largest bank of the country, SBI had a role to play. He also said that institutions should not suffer for individual's mistake. "YES Bank employees are good and qualified, and they will get relief," said Kumar. He also said the ED raids on YES Bank founder Rana Kapoor's residence would not have any impact on the bank's functioning.

The SBI board gave an "in-principle" approval to invest in the capital-starved Yes Bank on Thursday. "The matter regarding Yes Bank was discussed at the meeting of the central board of bank on Thursday and an in-principle approval has been given by the board to explore investment opportunity in the bank, it said.

In its reconstructing scheme, the RBI on Friday said the new value of Yes Bank will be Rs 24,000 crore and that the SBI-led consortium will have to invest at least Rs 11,760 crore to own 49 per cent stake. The apex bank said SBI's investment would be done at a price not less than Rs 10.

Also read: Yes Bank crisis: 'I have no clue, have not been involved for 13 months,' says Rana Kapoor

A new board will be constituted and the office of the administrator appointed by the RBI will stand vacated when it's done. The RBI said that the employees will continue their services with the same salary and terms as are already applicable for at least a year. The RBI stated that all the offices and branches of Yes Bank will continue to function in the same manner and place as they are currently operating.

Are you a YES Bank customer? Here's all you need to know