While a specific figure for these India-linked accounts is not known, the total holding in all such dormant accounts is estimated at about Swiss Francs (CHF) 44 million (about Rs 300 crore). 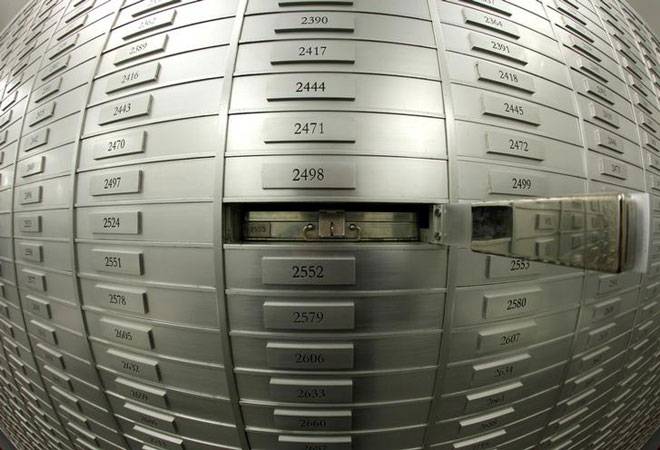 At least six individuals with links to India feature on a list of over 3,500 Swiss bank accounts lying dormant, without any trace of owners, for around two-and-half years now. Of them, three hail from India and three others are of Indian origin but residents of other countries. While a specific figure for these India-linked accounts is not known, the total holding in all such dormant accounts is estimated at about Swiss Francs (CHF) 44 million (about Rs 300 crore).

The list of all such accounts - of Swiss citizens and foreigners - was first published by the Switzerland Banking Ombudsman in December 2015, and it keeps getting updated as and when an account is declared dormant. This is to allow real owners of the accounts or their legal heirs to stake a claim with necessary proof. Only those accounts form part of the list which boast at least CHF 500 and have remained unclaimed for at least 60 years.

While successful claims were made for as many as 40 accounts and two safe deposit boxes in 2017 alone, no claimant has come forward for the accounts with Indian links, as per the latest information shared by the Ombudsman.

These belong to Pierre Vachek and Bernet Rosmarie from Bombay, as Mumbai was previously known, Bahadur Chandra Singh from Dehradun, Dr Mohan Lal from Paris and Suchah Yogesch Prabhudas from London. The place of residence of the sixth individual, Kishore Lall, was not disclosed. Incidentally, the date of birth had been disclosed in one case - Vachek's, listed as January 1, 1908.

These six accounts and the other dormant accounts will remain on the public list till December 2020, unless a successful claim is made for the money. That is because the claim deadline for potential legitimate claimants is five years, if the assets in question have been dormant since at least 1954. The list also includes some such accounts from Pakistan, including of one Nawaz Haq of Wazirabad, which got added in November last year.

Moreover, it features a large number of people from Switzerland itself, as also from Germany, France, the UK, the US, Turkey and Austria, among various other countries. If no legitimate party claims the assets that have been published within one year of publication, the banks can transfer the assets in question to the government.

It has been often alleged that Indians and other nationals seeking to stash their illicit wealth abroad use multiple layers of various jurisdictions, including tax havens, to shift the money in Swiss banks.

Till recently, the Alpine country with its famed banking secrecy practices was perceived to be among the safest havens globally for financial assets. But a global crackdown on alleged tax evasion leveraging on such financial privacy practices led to Switzerland agreeing to tighten its rules. Subsequently, the country framed new laws for greater cooperation with several other countries on exchange of information and for stricter clampdown on illicit activities like money laundering and tax frauds.

India is one of the countries with which Switzerland inked an automatic exchange of information pact on financial matters just months ago, although it had already been providing details on bank accounts in cases where Indian authorities have been able to provide proof of wrongdoings. India will start getting the automatic data from next year.

Last month, the official annual data of the Swiss National Bank (SNB), the central banking authority of the Alpine nation, revealed that money parked by Indians in Swiss banks rose over 50 per cent to Swiss Francs (CHF) 1.01 billion (Rs 7,000 crore) in 2017. This triggered a sharp opposition attack on the government, which retaliated saying that it would be wrong to assume that all funds deposited in Swiss banks was 'black money'.

Indeed, the funds, described by SNB as 'liabilities' of Swiss banks or 'amounts due to' their clients, are the official figures disclosed by the Swiss authorities and do not indicate to the quantum of the much-debated alleged black money held by Indians there. SNB's official figures also do not include the money that Indians, NRIs or others might have in Swiss banks in the names of entities from different countries.

In any case, the situation is not as alarming as it was a decade ago. The total funds held by Indians with Swiss banks stood at a record high of CHF 6.5 billion (Rs 23,000 crore) at end-2006.