According to Road Transport and Highways Minister, the sector has a huge multiplier effect and that shipping and highways sectors together have the potential to add 2 per cent to the country's overall output. 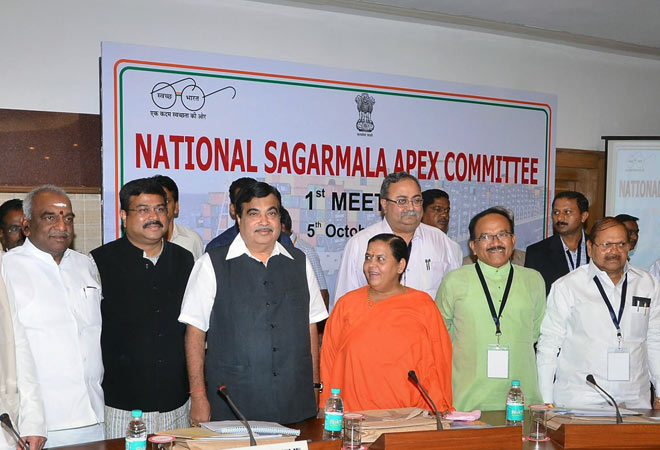 The government on Monday said that it intends to spend Rs 70,000 crore on major ports to make them more efficient and reduce logistics cost in the country.

The new target for investment in the port sector was made by the Shipping, Road Transport and Highways Minister Nitin Gadkari, who chaired the first meeting of the National Sagarmala Apex Committee (NSAC).

"About Rs.70,000 crore would be spent on development of major ports. We have received 104 suggestions from international consultants to increase their efficiency," Gadkari said.

"Once implemented, this will result in cargo traffic increasing three folds. Logistic cost will be reduced. Our logistic cost is thrice that of China's."

According to Gadkari, the sector has a huge multiplier effect and that shipping and highways sectors together have the potential to add 2 per cent to the country's overall output.

In March this year the government approved the concept and institutional framework of the Sagarmala project under which the the NSAC was established.

The NSAC has been envisioned to provide an overall policy guidance and high level coordination on the national perspective plan.

The minister also highlighted a potential to transport 100 million metric tonne per annum (MMTPA) of thermal coal by coastal shipping till 2020, rather than other means of transport throughout the country.

He divulged that the transportation of 100 MMTPA of thermal coal by coastal shipping will lead to an annual savings of about Rs 7,000 crore by 2020.

The coastal shipping of thermal coal is also expected to free up 80,000 railway rake days which can be effectively utilised for other purposes.

The NSAC was told that the move has the potential to reduce cost of power generation by 15 per cent and will give a boost to manufacturing sector.

As per the ministry, 104 initiatives were identified for execution over a period of three years which will improve the operational efficiency of major ports.

The initiatives said the ministry have the potential to free-up 100 MMT of port capacity, generating Rs 1,000 crore of additional operating surplus and avoiding Rs 1,100 crore of capital expenditure.

Investment only way out to address railways' paucity of resources: Suresh Prabhu