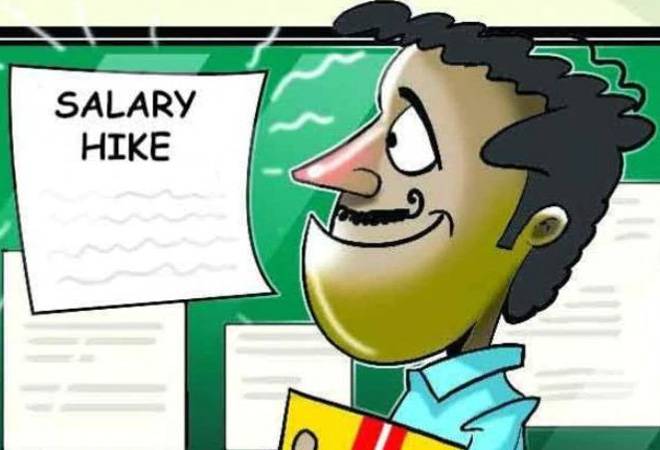 Salaries in India are projected to rise by 10% in 2020, the highest in the Asia Pacific region, with countries like China, Hong Kong and Singapore trailing. The salary hike is expected to be a little higher than 9.9% in 2019, says the latest Q3 Salary Budget Planning Survey Report released by Willis Towers Watson. The report, which looks at a range of jobs across various sectors, says salary hikes in India are stabilising around 10% mark since 2015, with 2019 as the only exception. In other Asia Pacific regions, the hike in salary is projected at 8% in Indonesia; 6.5 % in China; 6% in the Philippines; and 4% in both Hong Kong and Singapore.

"Though salary increases in India still continue to be among the highest in the region, companies are taking a cautious approach and do not intend to make any significant changes from previous years," said Rajul Mathur, Consulting Leader, Willis Towers Watson India. 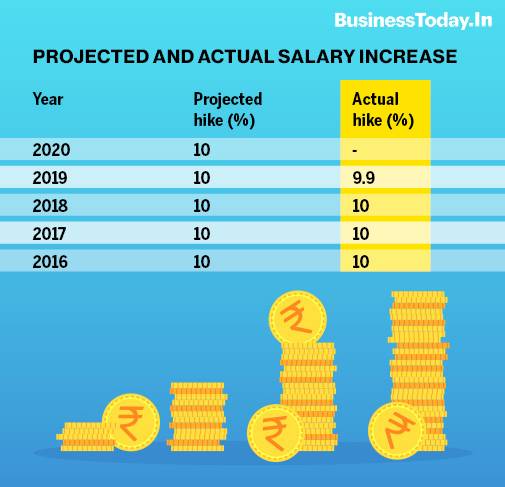 The advisory firm in its survey found only 28% of companies have projected a positive business revenue outlook for the next year, which is down from 37% in 2018. The report suggests companies could slow down recruitment efforts in light of their "cautious business outlook". "Only 22% of the organisations in India plan to add new headcount compared to 29% last year. Organisations planning to maintain their current headcount increased from 63% in 2018 to 70% in 2019," the report said, adding that around 7% planned to reduce headcount as compared to 8% last year.

The report says hiring activity has slowed down in sectors like automobile, auto ancillary and engineering fields, while it's stable across high-tech sectors, shared service outsourcing, pharmaceuticals, energy, retail and chemicals.

The median salary increase at the executive level for 2020 may rise at 10.1%. The hike will be 10.4% for middle management, professional and support staff. The employee group of production manual labour could see an average hike of 10.3%, the report said.

Highlighting a continued shift towards variable pay, especially at senior management levels, the survey found that actual variable pay at executive level increased from 20.7% in 2018 to 30.7% in 2019. "Attracting and retaining the right talent at leadership positions is commanding higher pay increases as the leadership pool continues to be limited," said Arvind Usretay, Director, Rewards, Willis Towers Watson India.

The survey says there'll also be a huge demand for premium skills in emerging fields like blockchain, AI and machine learning, cybersecurity and dev ops in the next 12 months. The Willis Towers Watson survey was conducted in July with 4,521 sets of responses received from 1,128 companies across 20 markets in the Asia Pacific, including 337 from India.