Lufthansa said that restructuring is not limited to India but has impacted all their markets globally to a great extent, including and especially Germany 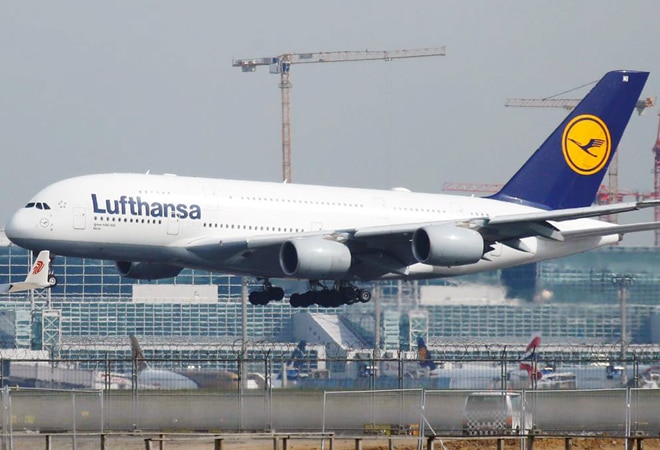 German carrier Lufthansa has laid off 103 cabin crew members in India. The carrier had around 140 cabin crew members in India. Some of the affected employees are planning a protest at Delhi Airport's Aerocity on Friday. The layoffs come a year after flights to and from India were restricted due to the coronavirus pandemic. Lufthansa had 56 weekly flights between Frankfurt and Munich and four Indian metros before COVID-19 pandemic, which has now come down to 10.

A Lufthansa spokesperson said that the airline will not be extending the fixed-term employment of its Delhi-based flight attendants. "The severe financial impact of the Coronavirus pandemic leaves Lufthansa no choice but to restructure the airline. This includes personnel-related measures in Germany and Europe as well as in key international markets like India," said the spokesperson.

The airline said it exhausted every possible option and had even reached an agreement with the Indian union. It said that the compulsory redundancies for the cabin staff could have been avoided. Lufthansa said that it had signed an agreement with the Indian union to provide two years of unpaid leave but continuing to provide local health insurance even for family members.

The German carrier said that it was also willing to absorb all associated premiums during the period but the union revoked its consent to the agreement on December 31. "Indian cabin crew with unlimited contracts are not affected as Lufthansa was able to reach individual agreements with these flight attendants. Not being able to reach an agreement for cabin crew with fixed-term employment contracts forces us to take this step as part of an inevitable restructuring of Lufthansa Group," said the spokesperson as mentioned in a report in Times of India.

Lufthansa said that restructuring is not limited to India but has impacted all their markets globally to a great extent, including and especially Germany. It said that, however, they were able to reach an agreement with unions to help in this crisis.

An affected employee told the daily that contracts of 103 Indian flight attendants were terminated due to the pandemic but no such terminations took place in Germany or worldwide till date. The employee said that these terminations happened overnight without any prior notice. Some of the employees were employed for nearly 15 years, said the employee.