IIT-Kharagpur claimed the results of the new COVID-19 test are exactly identical to that of an RT-PCR test; process underway to secure ICMR validation and marketing approval from DCGI 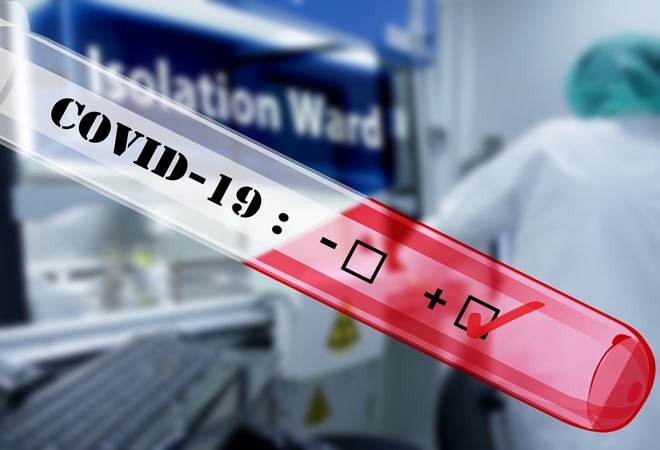 Researchers at Indian Institute of Technology Kharagpur (IIT Kharagpur) claimed to have developed a new method to diagnose the presence of RNA of coronavirus causing COVID-19 in human body without using the expensive RT-PCR equipment.

While the initial stages of conventional diagnostic test using RT-PCR - the collection of swab samples and the extraction of viral RNA - remain identical, the researchers say their innovation completely avoids the need for RT-PCR machine to analyse the viral RNA for presence of COVID-19 virus. "It enables COVID testing in ultra-low-cost portable enclosure as an alternative to specialised laboratory equipment," the researchers claim. The product is yet to undergo independent regulatory scrutiny for safety and effectiveness.

Stating that the process of getting it validated by ICMR institutes and seeking marketing approval from the office of the Drugs Controller General of India (DCGI) is being initiated, Suman Chakraborty, one of the lead researchers, said that their own trials found the outcome to be exactly identical to that of an RT-PCR test. "The results from this new technology have been strictly validated by following all established laboratory controls against the benchmarked results obtained from RT-PCR machine, using synthetic viral RNA. The synthetic RNA is exactly the same replicate of the viral RNA extracted from infected patients, as per accepted scientific benchmarking procedure, and is used for validating laboratory tests to avoid undue contamination and danger due to spreading of infection while handling sensitive body-fluid samples," they say.

An application for Indian patent has been filed, and researchers expect to follow up with an international patent application too.

The researchers also claim that the portable rapid diagnostic device to detect COVID-19 infection can be used for a large number of tests, on mere replacement of the paper cartridge after each test. "The device has been proven to produce no false result with remarkable accuracy and sensitivity compatible to standard RT-PCR tests. This test has an unprecedented low cost of less than Rs 400 per test, taking all components of expenses and business model into account," the researchers point out.

"The RT-PCR based tests suffer from a compelling constraint of requiring an elaborate laboratory-infrastructure and support system including the operational and maintenance cost, to perform the test. The alternative existing approaches to these tests, on the other hand, are either invasive (blood tests) and non-indicative of early stage of development of the infection, or dependent on reagents that are extremely unstable and cannot be implemented in resource-limited settings," Chakraborty, Department of Mechanical Engineering, IIT Kharagpur, said.

The technology, conceived by Chakraborty and Arindam Mondal from the School of Bio Science, IIT Kharagpur, deploys a disposable simple paper-strip for chemical analysis and visualisation of results.

The researchers say the new device has been designed to be usable at locations with extremely poor resources in an uncontrolled environment, catering to the needs of the underserved population. Moreover, it is expected to be operated by minimally trained personnel, precluding the needs for skilled technicians. "The research team has successfully validated the detection procedure, taking time of approximately 60 minutes to run each test. This obviates the need of an expensive PCR machine, by means of a set of innovations such as a portable automated pre-programmable temperature control unit for viral testing, introduction of a special detection unit based on genomic analysis, and a customised smartphone application for dissemination of test results without requiring manual interpretation," the researchers claim.

Along with its attempts to acquire regulatory clearances, the university is also scouting for commercial partners. While the equipment produced in their pilot facility costed Rs 2,000, the researchers say the cost will come down with increase in the scale of production.

"The unique portable device developed by the IIT Kharagpur researchers has not only been validated for the diagnostics of COVID-19, but also been designed to be capable of detecting any other kind of RNA virus by following the same generic procedure. The impact of this, therefore, is long lasting, empowered by the capability of detecting unforeseen viral pandemics in the coming years that may potentially endanger human lives time and again." Mondal says.

The project was undertaken in late April using the funds set up by IIT Kharagpur to support COVID-19 related research and product development.

"This unique innovation is aligned with the Institutional vision to develop high-end healthcare technologies that can be afforded by the ailing common people all around the globe at virtually no cost, and is likely to make significant breakthrough in global viral pandemic management," V K Tewari, Director IIT Kharagpur said.

ALSO READ: DCGI cancels import licences for rapid test kits of 3 companies, suspends that of 16 others

DCGI cancels import licences for rapid test kits of 3 companies, suspends that of 16 others