J&J has always excluded certain one-time costs such as litigation expenses from its calculation of stock payouts to executives, an approach that compensation consultants say is common across corporate America 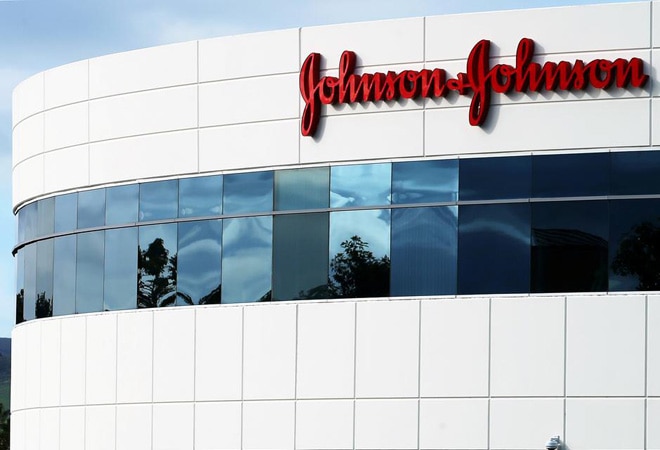 Johnson & Johnson is coming under fire from some investors who are raising questions about companies that give their chief executives hefty pay raises despite facing billions of dollars in legal costs over their role in the U.S. opioid crisis.

J&J has always excluded certain one-time costs such as litigation expenses from its calculation of stock payouts to executives, an approach that compensation consultants say is common across corporate America.

It is attracting investor scrutiny now because it partially shields J&J chief executive Alex Gorsky from some $9 billion in costs over two years that have arisen from lawsuits claiming the healthcare company fueled the opioid crisis and allegations of asbestos in its talc baby powder.

Gorsky's compensation totaled $29.6 million in 2020, up 17% from the previous year. That increase faces a shareholder vote at J&J's annual general meeting on April 22, with some investors expressing displeasure, threatening to overshadow the company's role in producing a vaccine for the coronavirus and the 30% share price rise over the past year.

Such pressure has led to at least one other company involved in the opioid lawsuit settlement discussions to reconsider its position. Drug distributor Cardinal Health Inc has said it will engage with shareholders to incorporate their views in its executive compensation plan after a minority of them revolted in November against a similar executive pay structure. A Cardinal Health spokesman did not respond to questions for details on any potential compensation changes.

Illinois State Treasurer Michael Frerichs, who manages the state's $38 billion investment portfolio that includes J&J shares, said the healthcare company's "significant accomplishment" in producing a COVID-19 vaccine did not give it license to insulate executives from "costs and failures that happened under their watch."

"Those foul-ups also need to be factored into the assessment," he said, referring to executive pay. He declined to say how the Illinois fund would vote. Michael Pryce-Jones, senior corporate governance analyst at the International Brotherhood of Teamsters, estimates Gorsky was paid an additional $4.4 million over the last two years as a result of the compensation structure. The Teamsters, a labor union, has affiliated funds with investments in J&J.

A J&J spokeswoman declined to comment on Pryce-Jones' estimate or provide the company's figures on the impact of the litigation on Gorsky's pay. Gorsky did not respond to a request for comment.

The J&J spokeswoman said that it was the healthcare company's "longstanding and publicly disclosed practice" not to include certain non-recurring gains and expenses, such as litigation-related items, in the targets and results of its executives. Litigation items are included in the company's total shareholder return and free cash flow, which determine other aspects of executive pay, she added.

Some governance experts stressed that J&J's approach of compensating its chief executive without penalizing him for significant corporate liability exposure did not mean that shareholders would be worse off, given the management team's other achievements such as the COVID-19 vaccine.

"A company of this size, facing a settlement of this magnitude, will manage (the cost of it) in such a way that there will not be an impact on investors," said Ric Marshall, executive director in the environmental, social and governance (ESG) research team of MSCI Inc, the world's largest financial index provider.

The Investors for Opioid & Pharmaceutical Accountability (IOPA), an advocacy group representing about 60 investors with a total of $4.2 trillion in assets under management, wrote to J&J's board in January asking them to review their pay practices in light of the opioid litigation and agreed-to settlements, said Donna Meyer, director of shareholder advocacy at Mercy Investment Services Inc, which co-leads IOPA. J&J acknowledged the letter but made no commitments, Meyer said.

J&J did not respond to questions from Reuters about the IOPA letter.

At Cardinal Health and Amerisourcebergen Corp, another drug distributor, 39% and 48%, respectively, of their shareholder votes were cast against their executive pay because investors felt executives were not adequately held accountable for the fallout from opioid lawsuits.

Shareholder votes on pay typically pass with overwhelming majority, according to data compiled by proxy adviser Institutional Shareholder Services Inc, making those levels of dissension a major expression of investor unhappiness. BlackRock Inc, the world's largest asset manager, was among the shareholders that voted against Amerisourcebergen and Cardinal Health, a spokesman confirmed.

Mercy Investment Services' Meyer declined to comment on how her firm or other IOPA members would vote on J&J's executive pay. "We will also look at how the incentive pay was decided on and how it rings true with the penalties they had to pay," Meyer said.

NOT BINDING, BUT IMPORTANT

Shareholder pay resolutions are not binding, but a significant number of 'no votes' can force management to reconsider executive pay.

Significant shareholder dissent on pay proposals can also affect companies' ESG scores, said Kasey Vosburg, associate director of ESG research at corporate governance firm Sustainalytics. The scores, which assess a company's societal and environmental impact, as well as its approach to issues such as diversity and pay equity, have gained importance among big Wall Street funds and other investors in recent years.

It is unclear what Amerisourcebergen plans to do after its vote, which was held earlier this month. An Amerisourcebergen spokeswoman said that the company values feedback from investors. She added that executives should be rewarded when they deliver targeted financial results.

Gorsky, who became CEO in 2012, has been at the helm of J&J during the opioid abuse and addiction crisis, which according to the U.S. Centers for Disease Control and Prevention has claimed nearly 450,000 lives in the United States between 1999 and 2018. In 2019, 50,000 people died in the U.S. from opioid related overdoses, according to the National Institute of Health.

J&J, along with other drugmakers and distributors, is a defendant in thousands of lawsuits that allege it deceptively marketed its opioid products, fueling the epidemic.

Separately, J&J also set aside nearly $4 billion in reserves for some 25,000 lawsuits alleging that asbestos-laced talc in its products caused cancer, and that it did not disclose the contamination to investors.

J&J has denied any wrongdoing related to opioids, and has separately said that decades of independent scientific studies support the safety of its baby powder.

In calculating a portion of the stock awards given to Gorsky and other top executives in 2020, J&J used "adjusted" earnings from operations that excluded these litigation costs, the regulatory filings show.

Ronald Williams, the chairman of the J&J board committee that oversees compensation and benefits, declined to answer questions about the company's executive pay policy.