BSNL in talks with CBSE for sale of land parcels; eyes Rs 300 crore from asset monetisation in FY20

In October this year, the government approved a Rs 69,000 crore revival package for BSNL and MTNL that includes merging the two loss-making firms 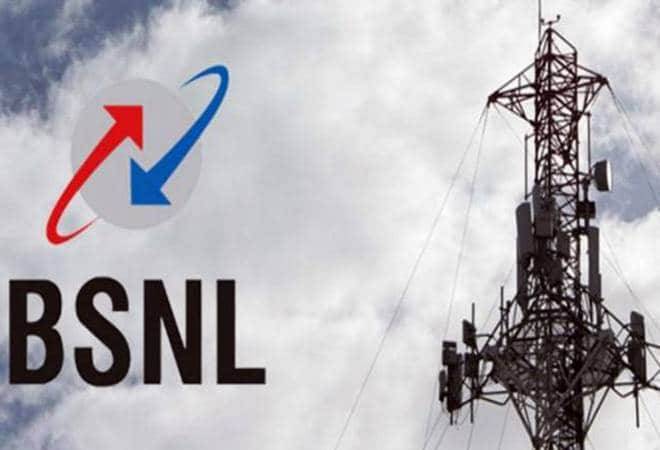 In October this year, the government approved a Rs 69,000 crore revival package for BSNL and MTNL that includes merging the two loss-making firms

State-owned Bharat Sanchar Nigam Ltd (BSNL) has initiated discussions with the Central Board of Secondary Education and others for sale of specific land parcels, as it sets the ball rolling on asset monetisation plans that could yield Rs 300 crore this fiscal, according to a senior government official.

Moreover, the Telecom Department has sounded out Ministry of Finance about BSNL's plans to issue sovereign guarantee bonds, and these could be floated as early as February, once the requisite approvals come in.

A senior official of Department of Telecom (DoT) said that Voluntary retirement scheme (VRS) plans rolled out by both BSNL and MTNL have been highly successful and will help reduce BSNL's wage bill by 50 per cent and MTNL's by 75 per cent.

"They will be given sovereign guarantee for raising bonds of over Rs 15,000 crore. We have already written to Finance Ministry and as soon as they give us their clearance... because they have some issue of guarantee space... we will do it. So we hope to do it in January or February if the approvals come in by then," the DoT official said.

The proceeds will be used towards retirement of debt and partly for capex.

On asset monetisation plans, the official said certain assets had already been identified and one meeting with Department of Investment and Public Asset Management (DIPAM) has already taken place.

"Already one meeting has taken place on which assets can be taken up for sale immediately and all efforts are being made to expedite it," the official said.

Besides this, BSNL on its own is in negotiation with Central Board of Secondary Education (CBSE) and others for sale of some land.

Overall the asset monetisation plans may yield about Rs 300 crore in the current financial year itself, the official said.

It may be recalled that BSNL Chairman P K Purwar had recently stated that the corporation has cleared Rs 1,700 crore of vendors dues.

BSNL has also made salary payment to its employees for the month of November.

Overall, the outstanding to creditors is Rs 10,000 crore.

In October this year, the government approved a Rs 69,000 crore revival package for BSNL and MTNL that includes merging the two loss-making firms, monetising their assets and giving VRS to employees so that the combined entity turns profitable in two years.

The Union Cabinet headed by Prime Minister Narendra Modi had approved a plan to combine Mahanagar Telephone Nigam Ltd - which provides services in Mumbai and New Delhi - with Bharat Sanchar Nigam Ltd that services the rest of the nation.

Over the last few weeks both the companies launched theirs VRS plans and thousands of employees of BSNL and MTNL have opted for voluntary retirement, which is expected to save about Rs 8,800 crore annually in salary bills for the debt-laden telecom companies.

The two firms will also monetise assets worth Rs 37,500 crore in the next three years.

MTNL has reported losses in nine of the past 10 years and BSNL too has been ringing in loss since 2010.

Also read: BSNL employee hangs himself in office after not being paid for 10 months