Data is the new oil and India doesn't need to import it, says Mukesh Ambani at India Mobile Congress

Speaking at the India Mobile Congress which is being held for the first time, Reliance Industries Chairman Mukesh Ambani said, "data is the new oil and India does not need to import it. We have it in super abundance and we have to ensure every Indian has access to it." 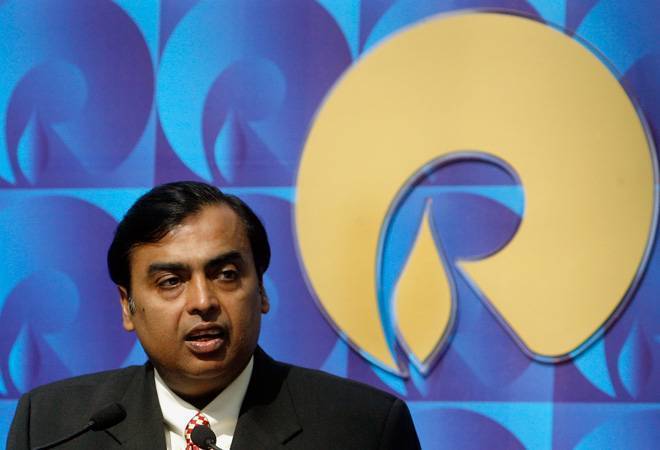 Speaking at the India Mobile Congress which is being held for the first time, Reliance Industries Chairman Mukesh Ambani said, "data is the new oil and India does not need to import it. We have it in super abundance and we have to ensure every Indian has access to it."

Data is the oxygen of a digital economy, we cannot deprive Indians of this vital life-sustaining resource. We have to provide Indians the ubiquitous access to high speed internet, Ambani said.

The Indian economy will grow from $2.5 trillion to over $7 trillion to rank among top 3 economies in next 10 years. The fourth industrial revolution, fuelled by connectivity, data and Artificial Intelligence has begun, Ambani said at India Mobile Congress.

The RIL chairman made the point that it has to be ensured every Indian has access to an affordable smartphone that connects him to limitless knowledge and the power of the Internet.

Reliance Jio, his telecom upstart that has captured more than 128 million users within a year of launch, will this week rollout a basic 4G phone that will be available to its users on making a refundable deposit of Rs 1,500.

Indian mobile market, Ambani said, is now overflowing with data and a robust digital circulatory system has to be created to carry data to the 1.3 billion Indians.

"4G coverage in India will become larger than the 2G coverage within the next 12 months," he asserted.

India, Ambani said, has leapfrogged from a lowly 155th in mobile broadband penetration to being the world's largest mobile data consuming nation in just one year.

He put down this jump largely to launch of Reliance Jio which during the promotional phase offered unlimited free data and after that at dirt cheap price, saying the pace at which the Indian mobile industry has grown is unparallelled in the world.

Stating that Indian telecom and IT industry has to play a foundational role in creating the digital infrastructure, the RIL chief said the country had missed out on the first three global industrial revolutions of mechanisation, mass production and automation, but has the opportunity to lead in the fourth industrial revolution fuelled by connectivity, data and artificial intelligence.

"Mobile Internet and cloud computing are the foundational technologies in the Fourth Industrial Revolution," he said.

"Data is the new oil. India does not need to import it. We have it in super-abundance. It will be a new source of value and will create opportunities and prosperity for India and millions of Indians."

Digital technologies, he said, can be a boon for achieving national priorities of energy, water and resource security.

"New sources of energy and new modes of transportation with unparallelled efficiencies have become possible, thanks to convergence of several technologies. India must embark on the task of connecting everything and everyone via the Super- Internet of Things. This will enable 130 crore Indians to collaborate directly with one another, democratising economic life like never before," he said.

Digitisation of education, training and human resource development in a comprehensive manner must be regarded as a pre-condition for the success of Digital India, he suggested.

"To accomplish all these tasks, the telecom and IT industry will have to partner with every sector of the economy and the government, every business and every institution, from the biggest to the smallest," Ambani added.

To realise the Digital India dream, investments have to be made in building next-generation technology assets, and inefficiencies across the digital ecosystem must be rooted out, he pointed out.

"We must break silos and forge partnerships. No corporate, nor the government, can do it alone. Together, we can achieve the unimaginable," he said.

Since its launch, Jio has been locked in a bitter market place battle with older telecom players led by Bharti Airtel.

The older firms have accused it of using deep pockets to disrupt the market to create monopoly.

"Let's not forget India provides a big enough opportunity for all of us to grow and prosper together.

The opportunity to pave the path for our nation's progress and create a better quality of life for every Indian beckons us," Ambani said.