The production Linked Incentive (PLI) scheme will bring additional investment in electronics manufacturing to the tune of Rs 11,000 crore 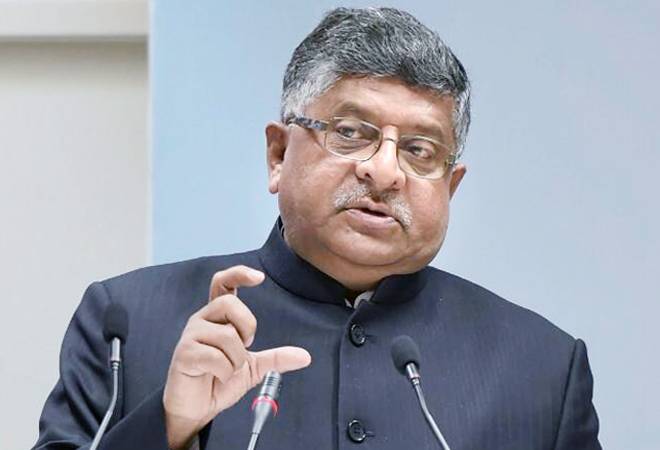 In a press conference, Union Minister for Electronics & IT, Communications, Law and Justice, Ravi Shankar Prasad, welcomed Apple, Samsung, Lava, and other domestic companies to manufacture mobile phones in India

In a press conference, Union Minister for Electronics & IT, Communications, Law and Justice, Ravi Shankar Prasad, welcomed Apple, Samsung, Lava, and other domestic companies to manufacture mobile phones in India.

"We would like to welcome the entire ecosystem of electronic manufacturing supply chain in India. India has got to offer - a good stable government, which is investment friendly, a popular leader of global stature- Prime Minister Narendra Modi - who stresses on ease of doing business, and India's extraordinary human resource, qualified engineers, good technicians, and good ecosystem globally. And most important, the last one, India offers a huge market by itself", said the minister.

Over the next 5 years, the scheme is expected to lead to a total production of about Rs 11,50,000 crore.

Also Read: Govt will give 5G spectrum for trials to all players: Ravi Shankar Prasad

"A total of 22 companies have filed their applications under the PLI Scheme. The benchmark for international mobile phone manufacturing companies was to manufacture mobile phones worth Rs 15,000 and above, whereas there wasn't any such benchmark for the domestic companies. We welcome Apple and Samsung to India. Domestic companies - Lava, Micromax, Padget Electronics, Sojo - are welcome to go ahead," added the minister.

Apple (37 per cent) and Samsung (22 per cent) together account for nearly 60 per cent of global sales revenue of mobile phones and this scheme is expected to increase their manufacturing base manifold in the country.

Domestic players are also expected to expand their manufacturing operations in a significant manner and grow into national champion companies in mobile phone production and have a proposed production of about Rs 2,00,000 crore.

Under the 'specified electronic components' segment, 10 companies have filed applications and proposed production of over Rs 45,000 crore. Some of the names include AT&S, Ascent Circuits, Visicon, Walsin, Sahasra, Vitesco, and Neolync. "Please work to deepen the supply chain in India, both - of the electronic finished products and also the components", Prasad stated.

The PLI scheme will not only help in meeting the domestic requirements but is also expected to promote exports from India.  Out of the total production of Rs 11,50,000 crore in the next 5 years, more than 60 per cent will be contributed by exports of the order of Rs 7,00,000 crore. The scheme will bring additional investment in electronics manufacturing to the tune of Rs 11,000 crore.

According to the government, this scheme will generate approximately 3 lakh direct employment opportunities in the next 5 years along with the creation of additional indirect employment of nearly 3 times the direct employment. Domestic value addition is expected to grow from the current 15-20 per cent to 35-40 per cent in case of mobile phones and 45-50 per cent for electronic components.