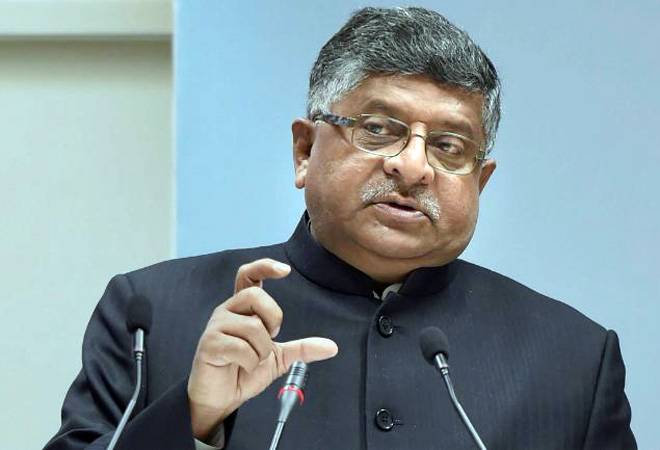 Telecom Minister Ravi Shankar Prasad has urged Finance Minister Nirmala Sitharaman to provide relief to the ailing sector by slashing levies such as licence fees and Goods and Services Tax (GST). Prasad has also sought the Rs 36,000 crore collected as input tax credit collected from the telecom companies to be adjusted against future GST charges.

"I have met with the chief executive officers of the telecom service providers to discuss the steps to be undertaken for sustainability and growth of the telecom sector," Prasad wrote in his August 22 letter to the Finance Minister, as cited by the Economic Times.

This development comes after Prasad met Vodafone Idea Chairman Kumar Mangalam Birla and new CEO Ravinder Thakkar on August 20. The Telecom Minister has suggested an "urgent" reduction in GST on telecom equipment, first to 12% from the current 18% and then lower it subsequently. Prasad told Sitharaman that the telecom networks were a crucial part of the country's essential infrastructure as they serve as a backbone for other services, the report said.

Prasad also stated that the Adjusted Gross Revenue (AGR) of the Telecom sector had contracted by one-fourth to Rs 1.39 lakh crore in FY19 from Rs 1.85 lakh crore in FY17, which demonstrates its poor health.

The Telecom sector is reeling under a total debt of around Rs 8 lakh crore wherein Bharti Airtel's debt stands at Rs 1.16 lakh crore and Vodafone India's obligations amount to Rs 99,300 crore at the end of the June quarter. Reliance Jio Infocomm is the only company that has reported profits in the telecom industry after a tariff war triggered by it in September 2016 left its rivals bleeding. Meanwhile, Aircel and Reliance Communications have gone bankrupt amidst a wave of consolidation.

According to the report, Prasad had told the telecom companies they had not put in sufficient investments in technology before Jio entered the market and this is the reason why they are in such a situation. However, the telcos have informed the minister that they are making "substantial losses and have claimed that their liquidity position is under stress," he said in the letter.