Urging members to approve the bill, Prasad said the practice of triple talaq is continuing despite the Supreme Court banning the same through its judgement 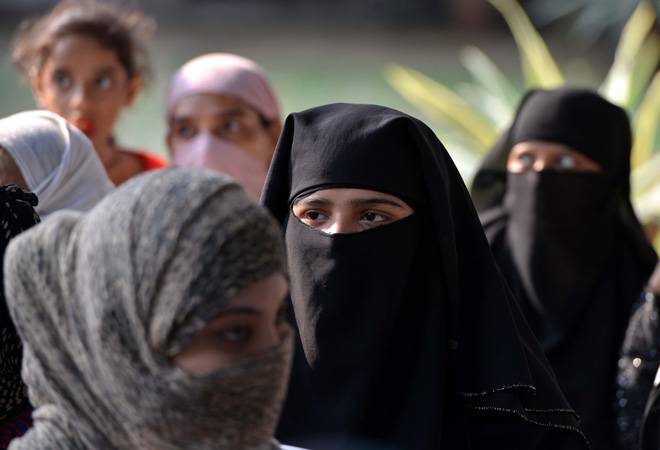 A contentious bill that makes instant triple talaq a criminal offence and provides for a jail term to a Muslim man for the crime, was moved for passage in Rajya Sabha on Tuesday, with the Congress opposing the criminal angle in it and the NDA ally JD(U) staging a walkout.

Moving the Muslim Women (Protection of Rights on Marriage) Bill, 2019 in the Upper House, Law minister Ravi Shankar Prasad said the proposed legislation should be not seen through a political prism or vote bank politics, as it aims at ensuring gender dignity, justice and equality.

"This issue should not be seen through a political prism or vote-bank politics. This is a question of humanity. This is for ensuring justice to women, dignity and empowerment to women and to ensure gender dignity and equality," he said.

He said more than 20 Islamic countries have regulated triple talaq in various forms. "India is a secular country, but unfortunately for one reason or the other it could not happen," he said.

Urging members to approve the bill, Prasad said the practice of triple talaq is continuing despite the Supreme Court banning the same through its judgement.

The government had thought that this illegal practice would stop after the apex court judgement banning instant triple talaq but it did not, he said.

As many as 574 cases of the illegal practice were reported after the SC judgement and 101 cases have come to light after the last ordinance issued by the government criminalising the practice, he said.

The minister further said there are reports of Muslim men giving triple talaq to their wife for serving burnt 'roti', for asking money to buy vegetables and for opposing an obscene video made by the husband.

"There is a Supreme Court judgement but it is not been implemented. Therefore we have brought the law. Because law is a deterrence," Prasad said.

Clearing misgivings of some members about the bill, the Minister said there is a provision that the wife can file FIR or relation by blood or marriage and a magistrate can give bail to the husband upon hearing the wife.

The Bill was passed by Lok Sabha last week. Once passed in the Rajya Sabha and granted assent by the President, the bill will replace an ordinance promulgated last on February 21.

The ordinance and the triple talaq bill follow a Supreme Court verdict of 2017 declaring instant triple talaq as unconstitutional.

Participating in the debate, Congress member Amee Yajnik opposed the criminal angle in the bill. She noted that through this bill, the government thrust the women into a criminal magisterial court to take up a family matter.

"I am not against the bill. I am for women empowerment," she said and questioned the government for bringing a law after the Supreme Court verdict on the same saying it is "illegal to do".

Yajnik said she supports the bill but for the criminalisation angle.

She also voiced concern over desertion faced by women belonging to other communities.

Cases of women being deserted are seen across communities and not in the Muslim community alone, she said.

Bashistha Narain Singh (JD-U) said some social evils are deep-rooted and it takes time to uproot them.

"We come here to oppose as well as speak in favour (of the bill or any subject). But the best part of democracy is that people agree to disagree. Today I disagree (on triple talaq) and tomorrow I may agree...," Singh said while staging a walkout.

Mukhtar Abbas Naqvi (BJP) said the law has been brought to implement the SC verdict more effectively while highlighting steps taken by the Modi government in empowering women.

He sought to know why the Congress' position on the bill changed after it was moved in the Rajya Sabha.

"Last time in the Lok Sabha, the Congress supported. The Congress changed its stand when the bill reached the Rajya Sabha. There is time to support the bill. They can think over it," he said.

The BJP leader said the bill has been brought after incorporating all objections raised by the Opposition.

"If we commit a mistake today, a generation has to pay for it. This law must be passed by Parliament," he added.