The AirBass features a design similar to the Apple AirPods but comes in interesting colour options. 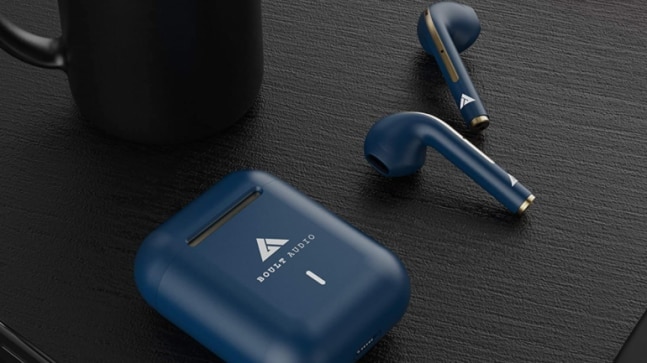 Boult has launched a new pair of truly wireless earphones in India- the Boult Audio AirBass Z1 TWS Earphones. The AirBass features a design similar to the Apple AirPods but comes in interesting colour options. Boult is known for launching audio products at affordable prices. The AirBass is the second TWS earbuds launched in recent times after the Boult Zigbuds. The company has produced scores of Bluetooth speakers, TWS earbuds, earphones and more.

The Boult AirBass Z1 was launched in India for Rs 1599. The earphones have been launched in interesting colours including Black, Blue and White. The Blue and Black colours have gold accents while the white variant has silver highlights to jazz up the design. The earphones can be purchased from Amazon. The earphones went on sale yesterday but it will back in stock from March 26.

Boult Audio AirBass house 10mm dynamic drivers that are responsible for producing "extra powerful bass", the company has claimed. For connectivity, the Boult earphones use Bluetooth v5.0 and quick pairing support. The earphones have a range of 10 metres, this means that you may not require the phone to stay connected in the range of 10 metres.

The company has claimed that the earphones have Ultra-Low Latency audio delivery (<120ms). This means that users can play games and streaming videos on their device without facing any latency issues. Low Latency means that the audio and video are in complete sync with each other.

The earbuds come with Hall Switch Technology which helps the earbuds in pairing with the smartphone instantly and as soon as the lid of the charging case is opened. The Boult AirBass Z1 can be used as single Bluetooth earphones as well because of the mono mode present. This feature can let users turn one of the earbuds into a Bluetooth headset for quick video or voice calls. Users can also save a lot of battery by using the mono mode.

The company has claimed that earbuds offer playback time of up to 8 hours for every charge. The charging case can give 4 additional charges to the earbuds making a total play-time of up to 24 hours. The Boult Airbass is rated IPX5 which means the occasional splashes would not disrupt the sound and you can wear it during your gym sessions.