BSNL is currently working out a plan on how it will introduce its 4G services in the two metro cities. 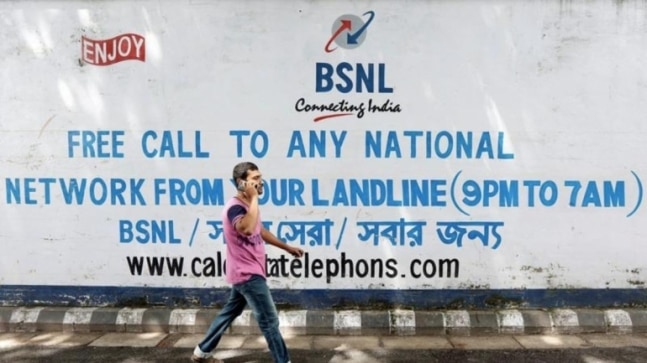 Bharat Sanchar Nigam Limited (BSNL) is planning to provide its mobile and landline services to hundreds of thousands of users in Delhi and Mumbai metro cities, according to a report. The state-owned telecom company that has been facing financial crunch for a long time is looking to get a new lease of life with the revenues it hopes to generate from the customers of metro cities as it could begin services from January 1. Currently, Mahanagar Telephone Nigam Limited (MTNL) is the government's provider for mobile and landline services in Delhi, Mumbai.

As reported by Business Standard, BSNL is chalking out a plan to enter these two markets of the country where it has been absent since inception. MTNL, which is also a government undertaking for telecom services, has been the sole operator in Delhi and Mumbai while BSNL is available to customers in rest of the parts of India. BSNL will offer its services on a trial basis on behalf of MTNL for about five to six months in Delhi and Mumbai circles, the report has noted.

BSNL could come up with the proof-of-concept for its 4G services in Delhi and Mumbai by mid-2021, according to the publication. The state-run telecom company will likely float the tender for telecom equipment and gear after the plan is ready and gets approved. The BSNL services are said to begin on January 1, 2021. The details of the tariff are not clear at the moment but subscription and recharge plans could likely end up being the same as what MTNL charges right now.

The biggest opportunity here for BSNL is the expansion of its 4G network that has unfortunately not been up to date with the private players. While the first 4G network was launched back in 2012 by Airtel, Reliance Jio made the technology mainstream through its dirt-cheap tariffs. BSNL took a long time to begin its 4G services, which it launched in South-Indian circles. Since Delhi and Mumbai circles have a huge fraction of 4G customers, BSNL has a treasure to tap to create new revenue streams.

Moreover, BSNL will give homegrown gear vendors an opportunity to grow business as the telecom company will need to source 4G gears. The government has already introduced plans to give a boost to local manufacturers. BSNL's new move would bring volumes for these manufacturers. BSNL is looking to upgrade as many as 49,300 sites to support 4G networks while the plan to expand into Delhi and Mumbai circles increased the load by about 7,000 sites.