South Korean tech giant, Samsung, has finally launched the Galaxy Note 10 Lite in India. The device was first unveiled to the world at the Consumer Electronics Show (CES) 2020, where the company only revealed the specs of the device, but refrained from saying anything about its pricing.

However, with India becoming the first country to see the Note 10 Lite officially being launched in, we now have word on the pricing strategy of this S Pen totting smartphone. And it would be no exaggeration to say that it's quite aggressive.

The smartphone has been launched in India at a starting price of Rs 38,999 for the 6GB RAM variant, which goes up to Rs 40,999 for the 8GB RAM one with both variants pairing the RAM modules with 128GBs of storage.

But that's not it. Samsung has even announced an upgrade offer which it claims will help bring the price down some more, effectively helping it sell the Note 10 Lite in India for the best price of Rs 33,999 starting from February 3 when the device finally hits major retail stores, including e-commerce portals, brick and mortar stores, and Samsung.com.

At the price, it will face strong competition from existing mid-range flagships, including 2019s OnePlus 7T which at Rs 34,999 comes in at a similar price point, and is currently the king of the segment.

Experience the power to do more with the all-new #GalaxyNote10Lite. Welcome to the Power of S Pen, combined with an intelligent battery and a pro-grade camera. Own now at 33,999/-: https://t.co/ozBPlvO1Lvpic.twitter.com/n8gmZP76v4

Galaxy Note 10 Lite vs OnePlus 7T: How do the two compare?

Despite fighting it out in the same segment, the two are very different smartphones and appear to have been cut from entirely different cloths all together. Both even appear to bring two different philosophies to the table, with the Galaxy Note 10 Lite focusing more on the design and unique features it offers, while the OnePlus appears to be a hardware-centric device, one that cares more about flaunting its raw processing power than features to help it stand out of the crowd.

As such, with the latter, we see 8GB of RAM on both 128/256GB storage variants sat next to 2019's most powerful chipset, the Qualcomm Snapdragon 855+ SoC. On the other hand, the Note 10 Lite gets an equivalent Exynos 9810 SoC that promises similar performance via a chipset built using an inferior 10nm process.

Apart from this, the display on both is FullHD+ in resolution, with Samsung's being 6.7-inch in size, while the one on OnePlus 7T is 6.55-inch with a water-drop notch -- as opposed to a punch-hole on the Note 10 Lite. But the OnePlus 7T also supports up to 90Hz refresh rate, something which Samsung's smartphone can't boast of.

However, the battery on the Note 10 Lite is far bigger at 4500mAh, as the OnePlus 7T only packs a 3800mAh pack. Both support fast charging, but the 7T's 30W warp charging takes the edge in this department. 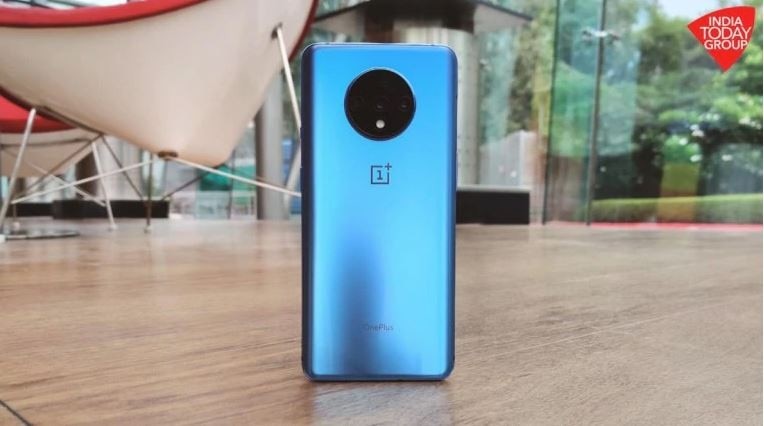 Now there is no doubt that the OnePlus 7T is a slightly superior device when it comes to the spec sheet. However, as we've seen in the past, smartphones are so much more than just a few numbers printed on the spec sheet.

A complex mix of an impressive design, state of the art hardware and unique features is what makes a smartphone a hit. While design is a matter of perspective, we can safely say that it's Samsung's unique set of features, including the inclusion of the S Pen that helps the Note 10 Lite emerge as a superior offering than the OnePlus 7T.

Yes, it's easy to discount it as a gimmick, but to be honest, the S Pen is more than just that. Not only does it look premium, and is an iconic feature that up until now was only available on the most expensive of Samsung phones, but it also serves a number of purposes in the real world.

It's great for taking notes, creating designs and can even be used to click photos remotely from your phone -- as long as the S Pen is in the Note 10 Lite's Bluetooth range. These are features, that one can definitely live without, but so can they without the Snapdragon 855+ chipset, or do with 6 instead of 8GB of RAM.

Apart from this, the OnePlus 7T brings Android 10-based Oxygen OS to play which affords it some exclusive features and sleek performance. But to Samsung's credit, it has greatly improved on the software front, with the Note 10 Lite getting the latest One UI 2 which again is based on Android 10, and in our opinion is a better-looking skin than the one that OnePlus offers.