Google has suspended Parler, a popular social media app among supporters of President Donald Trump from its Google Play store. 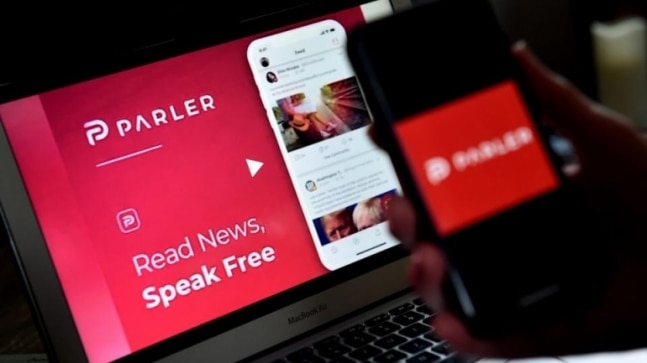 The decision to suspend Parler came on Friday, two days after a pro-Trump mob stormed the US Capitol Building. It also followed Twitter's decision Friday to permanently ban President Trump's account over the risk of further violence.

Launched in 2018, Parler has proved particularly popular among supporters of US President Donald Trump and right-wing conservatives. Such groups have frequently accused Twitter and Facebook of unfairly censoring their views.

Although the app is no longer available on Play Store, Parler will not be removed from users' phones, and it's available to install from other Android-based app stores.

In a statement to the media, Google said it aims to protect user safety: "Our longstanding policies require that apps displaying user-generated content have moderation policies and enforcement that removes egregious content like posts that incite violence. All developers agree to these terms and we have reminded Parler of this clear policy in recent months. We're aware of continued posting in the Parler app that seeks to incite ongoing violence in the US."

Apple has also warned Parler it will remove the app from its App Store if it does not comply with its content-moderation requirements.

On Parler, the app's chief executive John Matze said: "We won't cave to politically motivated companies and those authoritarians who hate free speech!"

Although Mr. Trump himself is not a user, the platform already features several high-profile contributors following earlier bursts of growth in 2020. Texas Senator Ted Cruz boasts 4.9 million followers on the platform, while Fox News host Sean Hannity has about seven million.

Over the last week, many have called for both Google and Apple to ban Parler. It has been alleged that it is not only used by President Trump's most fanatic supporters but also right-wing white extremists in America. There are wide-spread concerns that some recent content shared on the platform played a role in organising and further inflaming the recent Capitol riot that left five dead including a police officer.

Buzzfeed News reported on Friday that Apple had also contacted the social network, threatening to ban Parler unless it comes up with a "full moderation plan". It has 24 hours to comply. Apple has not yet commented publicly on the matter.