The phone will be launched via an online event. The announcement doesn't come as a surprise as over the last few weeks, a number of major phone makers have taken to hosting online events for their smartphones. 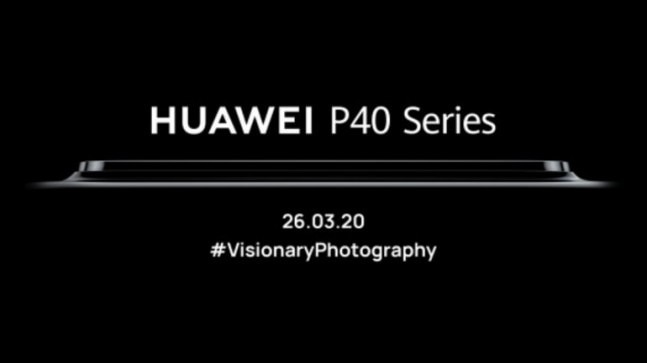 Chinese phone maker, Huawei, is all set to launch its upcoming flagship series, the Huawei P40, on March 26. The company has confirmed this news by releasing a teaser and confirming the launch will take place on March 26 in Paris, France. However, unlike last year, this one would be an online-only event.

The announcement doesn't come as a surprise as over the last few weeks, a number of major phone makers have taken to hosting online events for their smartphones over the fears of Coronavirus.

While the new teaser reveals the launch date of the device, it gives away little else. However, it does reveal that the P40 series of phones will focus heavily on their photography skills. It gives us a first look at the camera set-up which the teaser shows will be housed on a bump on the back of the device.

Another leaked hands-on video by Digital Trends revealed information about the design of the Huawei P40.

The video shows what the publication claims to be an early prototype of the phone with a glass body with a blue finish and a thick frame, which could be a hint at a big battery underneath. While not disclosing actual numbers, the report does go on to suggest that the battery could easily dwarf the one found on previous generation flagships such as Huawei P30 and Mate 30.

Realme 6 goes on sale on Flipkart: Here's everything you need to know